Yesterday was my day to escape for an hour or two, I had bought a new Cellphone online and needed to get it registered, I went to the office of Claro, our provider, in Marinilla, and they said I needed to go to the office in Rionegro, that was not going to happen, firstly because you are not allowed to go between Municipalities without permission, also Rionegro has had more cases of coronavirus than any other town nearby. They argued I could go, but I said I wasn't, and had an idea that if I put my Sim card in the new phone I could do it online, so left, disappointed.

I still had time to pass, because I had checked the car in for a total valeting, and knew it would not be ready. I went for a coffee and pastry, which I had sat in the street, then returned to town to pay the water bill, after which I returned to the car park, where the lads were still working on the car. To give them credit, it had never been so filthy, inside or out, and they had done a sterling job, washing and waxing the outside, vacuuming and polishing the inside, well worth the money.

Once they had finished I went to the Ferreteria, bought some plumbing fittings Jaime needed, and bits I needed to finish the Zona de Ropa / Laundry area, along with a 55 gallon barrel to place halfway down the garden for water to mix with chemicals for the trees. Then it was time for home.

Back home, I had lunch, then got stuck in to preparing the laundry area for use,  whilst doing that Jaime was preparing the base for the kitchen extension, unfortunately, yet again Pepe wanted to inspect the work, and wasn't being stopped, using his head to barge Jaime out of the way. 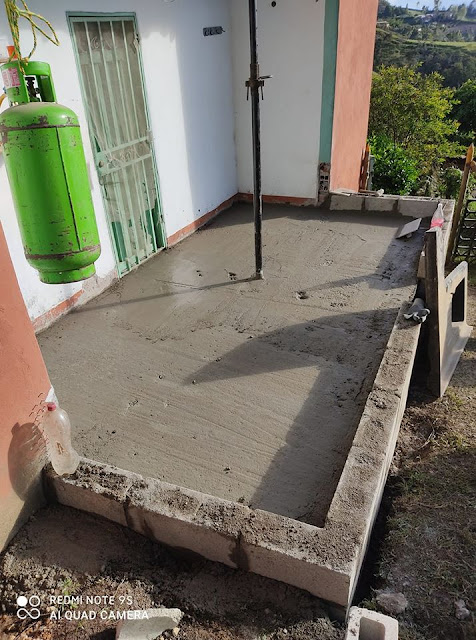