Last week, one of our neighbours had some men in to bring down a tree, which is immediately behind where we are building my workshop, we knew this was coming, but like all things here, talking about it, and doing it, are two entirely different things.

I was in the Office, when I hear a bang and all the electrics went. I ran up to the house and was immediately ready to strangle someone! 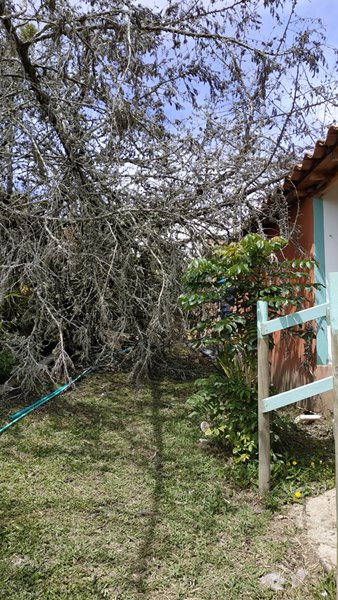 The tree hadn't hit the workshop, but one of the main branches was resting on the roof of the house, as if we hadn't got enough work to do. 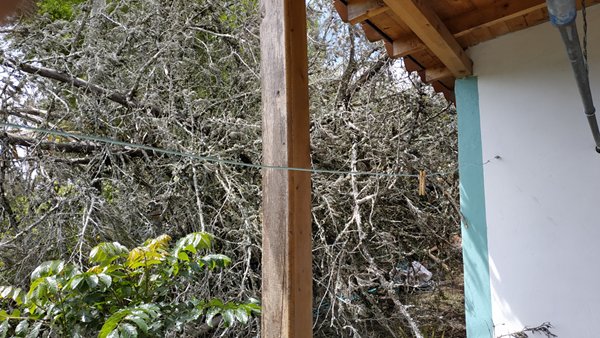 It had brought down the powerlines leading to the neighbours house, in doing so it had caused the main post in the road to bend with the weight, cutting electric to all in the area, and snapping our main water line. 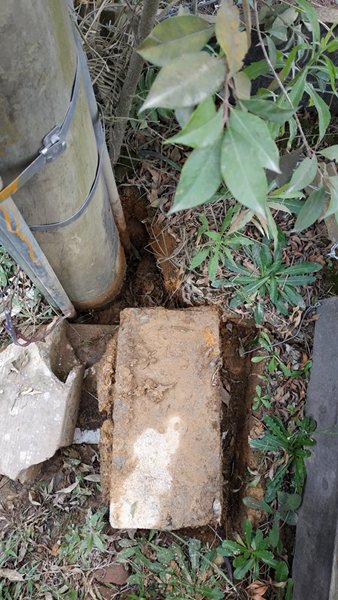 The water pipe is under that brick alongside the post, fortunately one of our Labourers used to work for a water company, and repaired it for us.

Later an Engineer arrived from the Electric Company, declared the main post safe!!! and went off to turn the power back on. 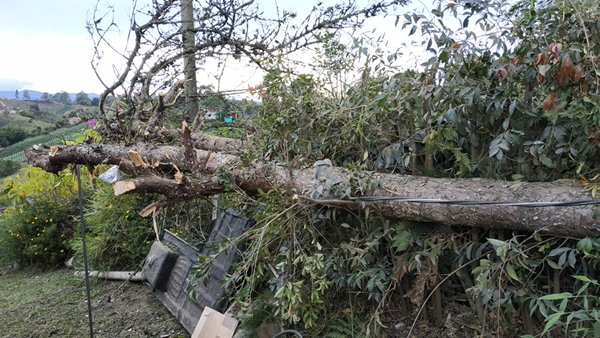 The men cut most of the main branches back, but left me with this trunk stick out into the garden, I ended up giving the organiser an ultimatum, move it, or I would get someone to do the job and bill the owner, it took a week, but it was done. 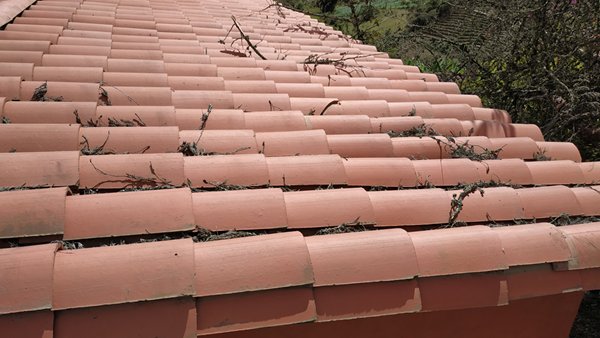 Jaime went up and checked the roof, there is only one broken tile, but the damage wont let in rain, and to replace it might cause more problems, so I decided to leave well alone.

This is the problem when people try to do work on the cheap, and those involved haven't a clue!
By Phil Sale at May 13, 2020