Just a short post, to say how happy we are with how the disaster of a floor turned out. 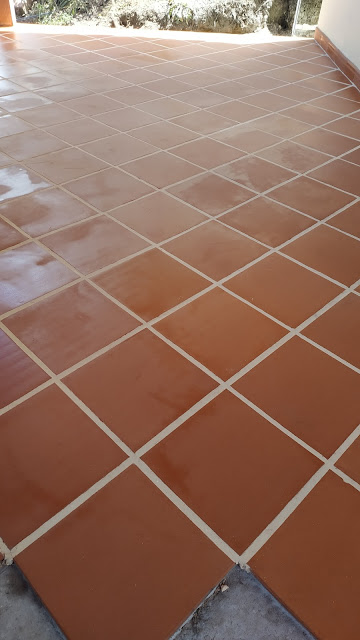 After a lot of hard work, Jaime and his Team, did the grouting today, and what a difference, it's not perfect, but unless you know where to look, you wouldn't know what problems we had.

The part at the bottom of the photo is not tiled, because at some stage they have to create some steps, and this tiling will then continue, but other than sealing the floor on Monday, this area is completed, now we just have to move the kitchen base units, and the washing machine into the area, and we will be up and running.

So in between waiting for grout to dry enough to clean off, which they do with Diesel! they have been digging the foundations for our extension. 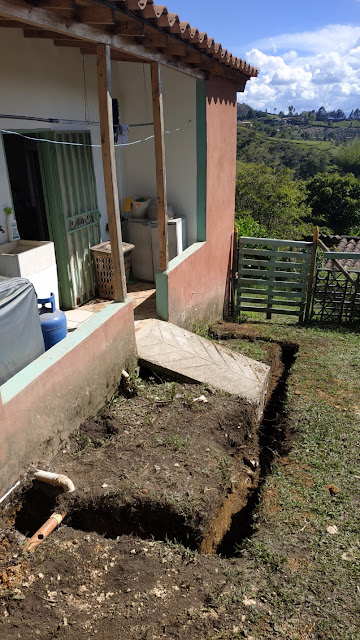 The existing laundry area, will be walled in, and become part of the kitchen/lounge, and the new extension, will be the pantry and broom cupboard, that starts in earnest next week...Restrictions allowing!

While they have been hard at work, I have made a start on organising the workshop 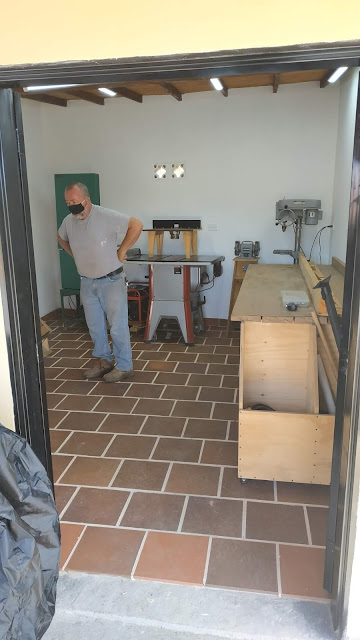 The4 Gang helped me lift the workbench and heavy machinery, and now it's up to me, but I am limited in how much I can do, because I know that for three to four weeks, this is going to also be our kitchen and lounge, and there isn't a lot of space!