This morning I woke at 3.45am, I'm not sure why, Marcela thinks I was worrying about the tiles, maybe! Anyway, at 4.15am, I decided I wasn't going to get back to sleep, so I got up, and after sorting out the dogs, catching up on correspondence, and greeting Jaime and his Crew, who were early today, I had my breakfast, and set off down to the Abyss, and took my frustration out on cutting another half dozen steps. 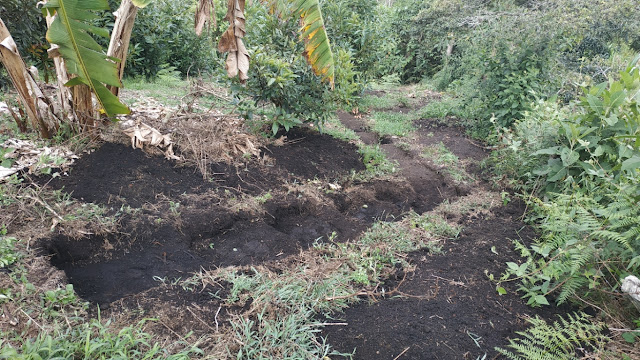 It was another turn, then a straight stretch, after cutting six more steps, I decided my frustrations had been quietened, and that was it for today, so back up to the house 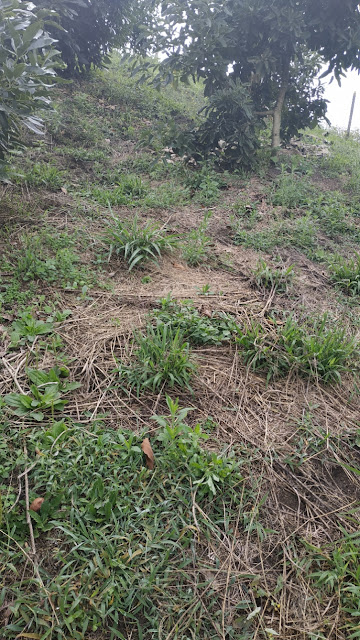 which is still  a long way off, and swapped my spade for a machete. I started clearing some of the undergrowth from along the barbed wire fence, between us and one of the neighbours, I have a feeling, there will more than the twenty new wood posts I bought, needed to replace those that are rotted.
By Phil Sale at May 22, 2020