For some reason Septic tanks and us, seem to have an affinity! We had problems with our in Copacabana, and there was work to be done with ours here.

The tank is half way down the garden, which at least means we aren't bothered by any smells, but the top is huge, it measures 3m x 3m there is no access, just a breather pipe, and when we moved in, there was the remains of a barbed wire fence around it. Not only do I hate barbed wire in domestic situations, unless it's high up for security, but the concrete top has an ominous bend towards the middle, I certainly wouldn't want to walk on it, and I wouldn't want anyone else to either.

Time to make it just a bit safer. 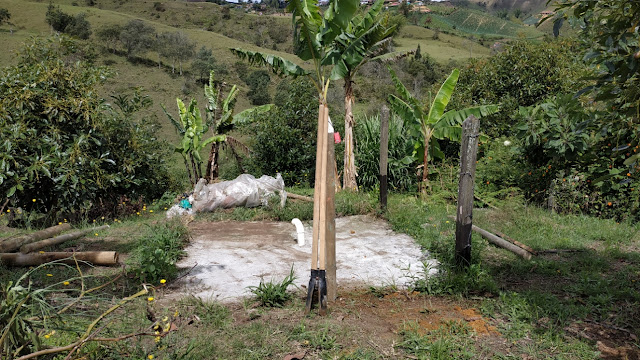 Two of the original posts were OK, that meant I had to put in six new ones, thank goodness for recycling, I had enough from the demolition by the house.

The first post I used the manual post hole digger, I wasn't risking using my new auger, and going straight through a sewerage pipe, first one in, it was time to use the auger in anger, and it did a cracking job, I had the other five holes dig in the time it took me to do one with the manual digger. 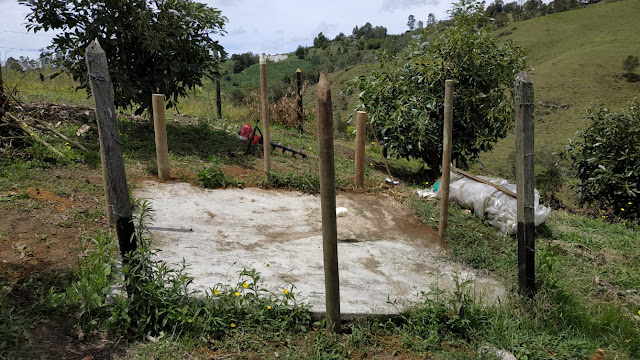 I then cut recycled rails, and had enough to do all but one section, which because access is from below, I don't think will be a problem. 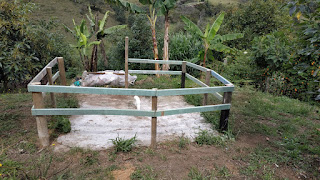 for some unknown reason, I forgot to cut the last post! Anyway, I am less worried about anyone running down hill, and not being able to stop, until they are swimming...
By Phil Sale at May 15, 2020