Work on the house continues, the floor is nearly finished, although I haven't got a photo of the current stage, this will give you some idea. 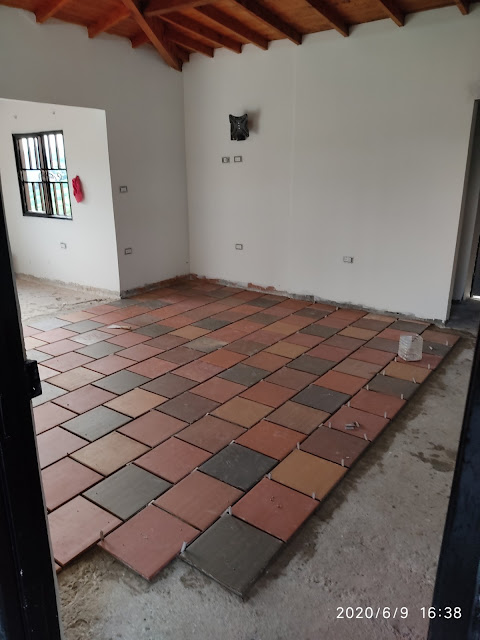 The inside of the house is freezing at the moment, there is no glass in the windows, as the frames are all steel, and the glass was taken out to spray paint them, from light green to black. The new mirrored glass is arriving next week,  so there was no point in replacing the old...my decision, and I am living to regret it.  All the walls and the wood ceiling have been painted, as have the bedroom walls, however we are leaving the ceilings in the bedrooms until we have the floors done, and all furniture will be removed, but that is for the future, I want my house back!

We should be about to enter summer, but after what has been a mild winter, it looks as if winter has arrived nearly three months later, with a vengeance, we have had heavy rain nearly every day, and with it, has come a drop in temperatures, that I have not lived with since arriving in Colombia eight and a half years ago, today, I even dug out a long sleeved rugby shirt, for me to do that shows how cold it is. 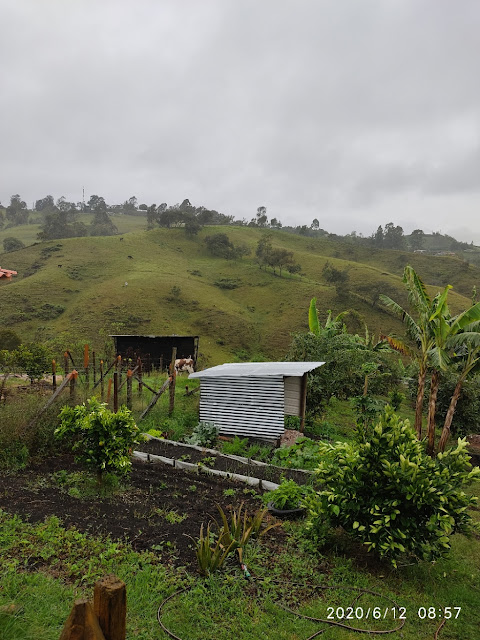 On the days I have been able to work outside, I have been doing manual labour, which has taken it's toll on my back, but life goes on.

I started the week, by moving and updating the garden chemical store, it was situated right outside my Office door, I can't believe I haven't a photo of it, looking through, I have been very careful to ensure it was not in any of the photos, but it was sited here: 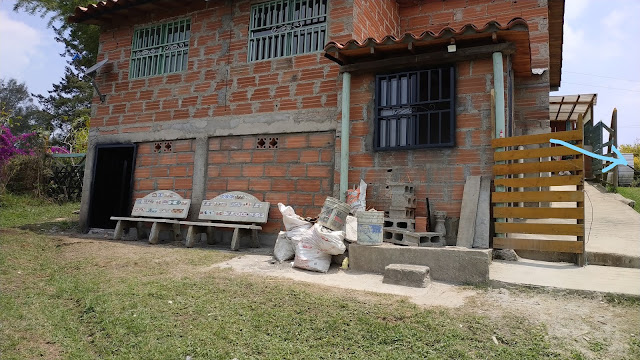 It was sat on some rather wobbly bamboo legs, it was made up of a packing case, with a corrugated plastic roof, which had seen better days, on a base made up of scrap wood, perched on the legs.

I emptied out the chemicals and rubbish stored in the crate, and asked Jaime and the lads for some help, you know you are getting on when, you get pushed out of the way, and they do the lifting for you. They carried the box down the garden to near where I intended to site it, and left it there.

I then raided my fast depleting recycled wood stock, and cut two poles to form the new legs, it needs legs to stop the dogs and any other animals getting the chemicals. Using my faithful hole digger auger, I prepared the holes, although my depth measurements were a bit out, and I ended up having to make some adjustments.

I managed to get all the legs in, and I updated the roof with left over roofing material, it's certainly not pretty, but it's down the garden and out of sight, also weatherproof. The rain started, so the assembly waited until the following day.

Again with help the packing case was positioned on it's new base. 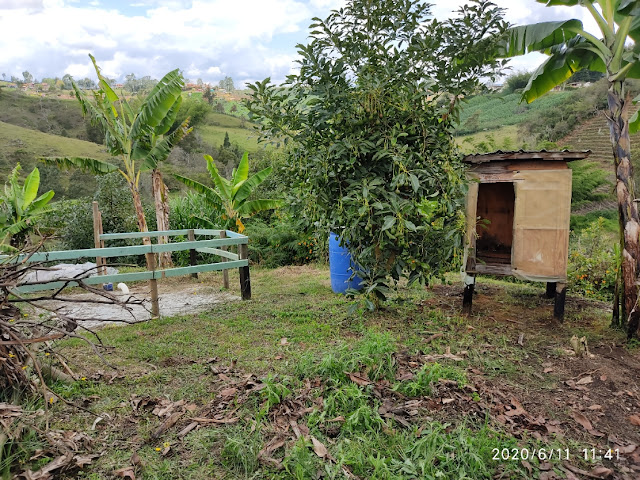 I then thought I had come across a problem, near where I have my fire, and where the lads have a siesta after their lunch, I found a boggy patch, and a smell of drains, so I asked Jaime for his advice, and after a bit of digging found a heavy duty hose near the surface, had it burst, or did it end there. It meant there was work to be done. 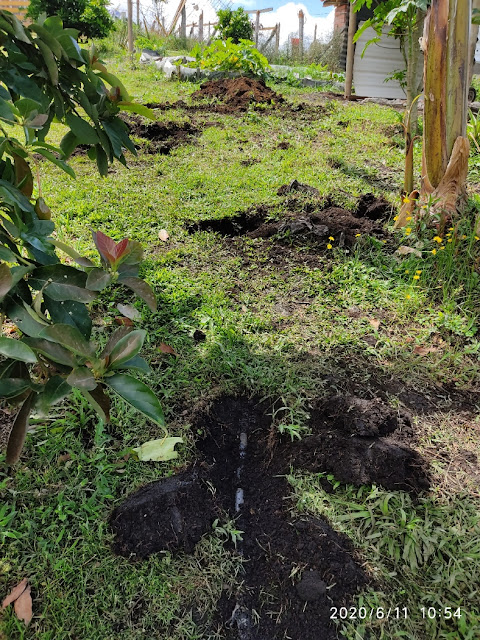 Firstly we had to find where the hose went, so I started digging holes up the garden, it kept changing direction, one minute towards the house, and then veer off towards the neighbour, at which point I would get my hopes up, that the problem wasn't mine, but that was too much to hope for, and our house was where it ended up, but we still have to work out where it originates, the puzzle is that the water only appeared in the last couple of days, which makes us think it could be from the bathroom my Mother-in-law is using (it's only grey water), but it is on the other side of the house, and with the weather as it is, that will have to wait. 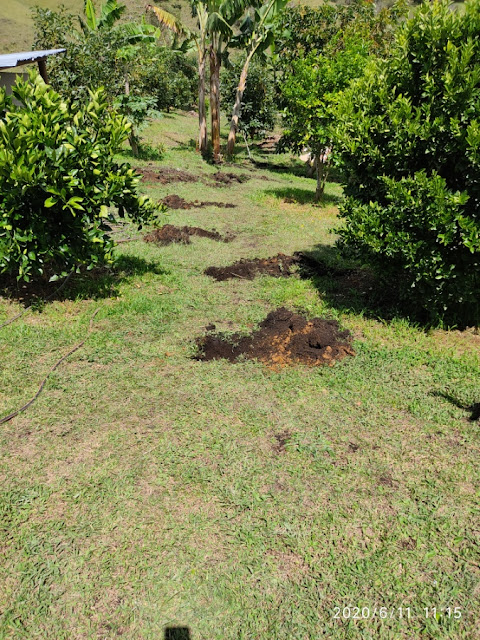 So I have filled in all the holes, the place I found the hose has been dug out further, to see if the hose had been damaged, or whether that was the final destination, and we can't find a continuation, also the Gardener was here yesterday, and he thinks that is the end of the line, something we shall have to think about.