The Electrician and his Mate arrive midday Monday, they worked non-stop until 6pm, chasing out and inserting conduit, he said they had to be finished for Jaime to lay the new concrete floor the following day.

We expected plenty of dust, but it went way beyond that, I wasn't too happy that he started in the bedroom, without warning us, we had no time to cover anything, but I guess that's life, and later that evening, after an hour or two vacuuming and dusting, we were relatively straight again. 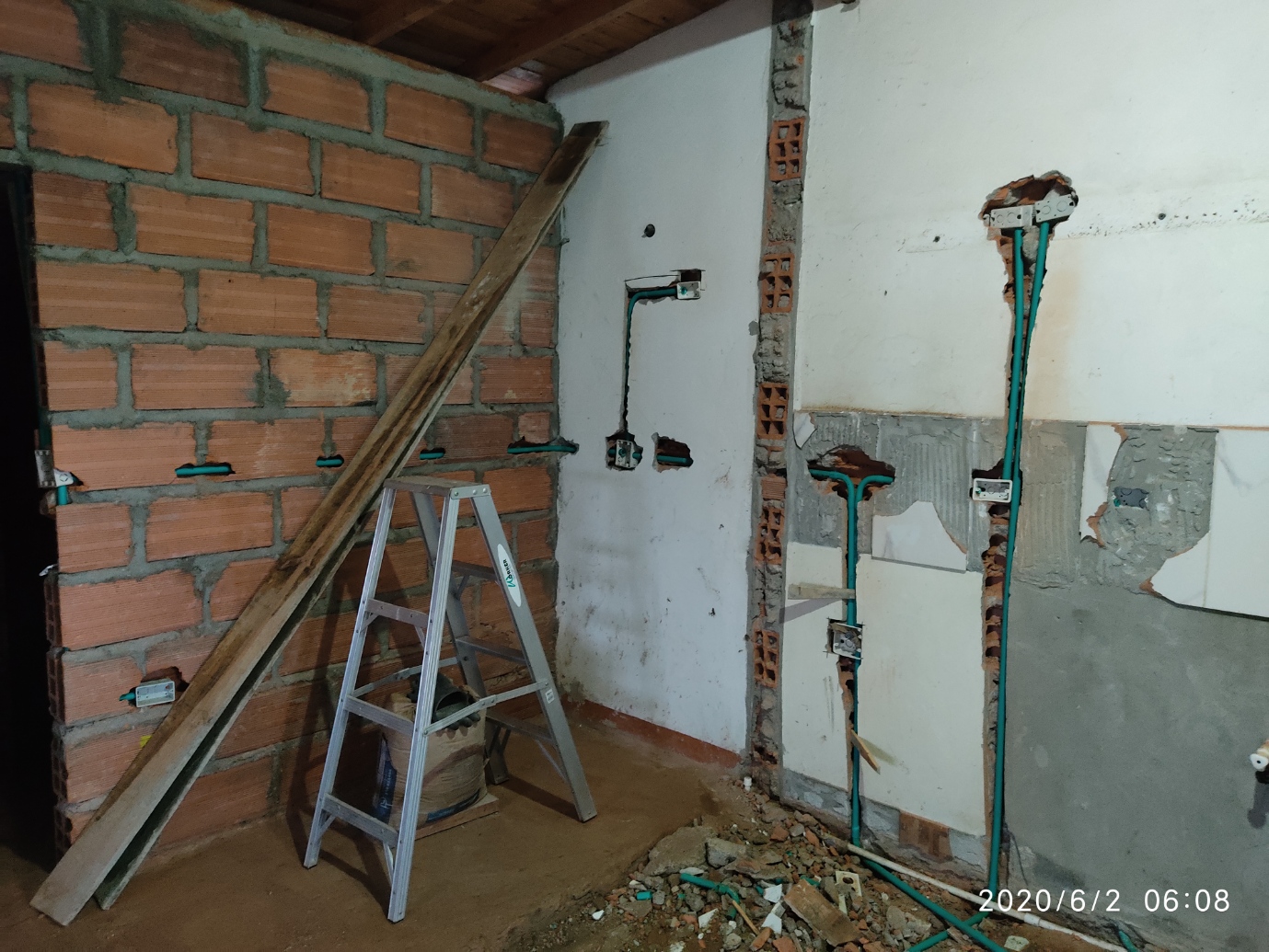 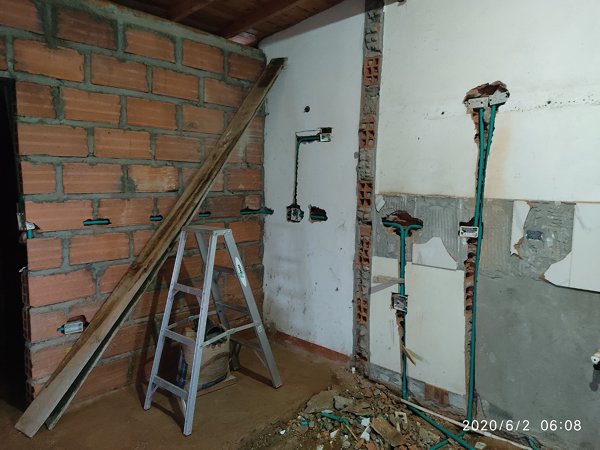 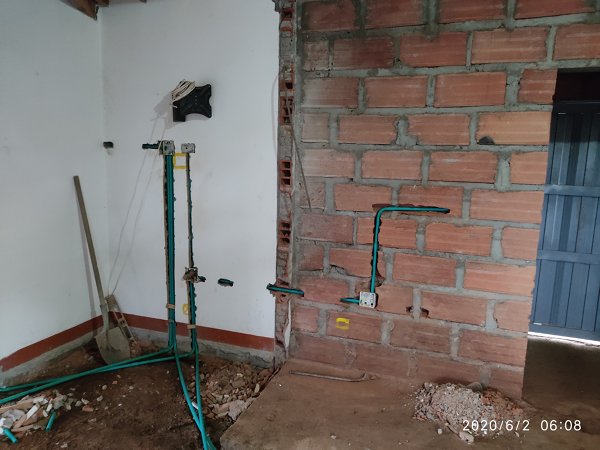 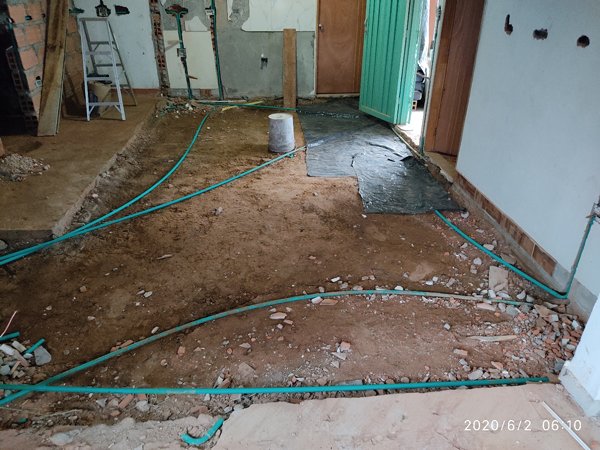 Also with these and many other photos. I will have a record of where all the electrics are withing the walls and floor.

At 6pm they were packing up...by torchlight, so I asked why there was no power in the house, and they said they would be back in a day or two to connect, after Jaime had laid the floor,. They were going nowhere, we had to live in the house, albeit during the day we were using the workshop as living accommodation, that was on a separate circuit, we sleep and shower in the house. So they did a temporary connection, to allow us to continue life...of sorts! and half an hour later they left.

Yesterday, Jaime and Yeison, came and laid the new concrete floor, laying planks across, to form walkways, so that we could access the bedrooms.

Today everyone is back on site, the Electricians to finish the wiring, and Jaime to fill in chasing after the Electrician, and render the new walls. Hopefully we will have an update later, as it is heaving down with rain, I am keeping out of the way!
By Phil Sale at June 03, 2020