This morning I was up bright and early, after seeing to the dogs, it was time for work, and I continued with the machinery shed. 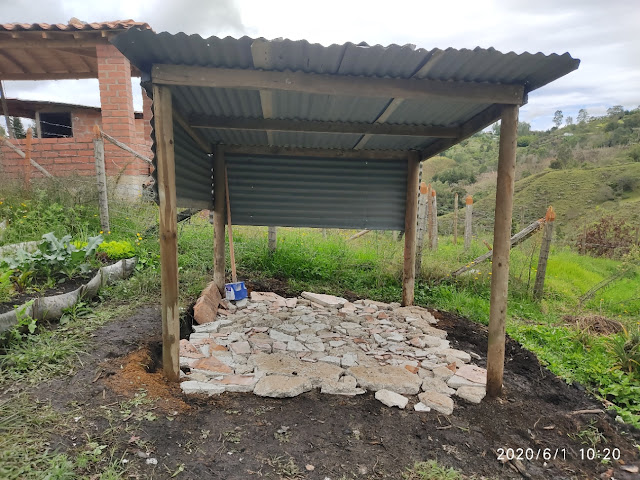 I used the last of my zinc sheets to give some protection from the weather, until I can find some other materials to finish the job (there lies another story, for another day!).

I then hijacked Yeison  (Jason), who was barrowing rubble to dump further down the garden, and used some of the rubble for a base, so I wasn't parking the machinery in mud. I decided to use my homemade tamper, I am just glad I didn't cut off the plastic mold, because I think the tamper has cracked in numerous directions, during it's use, but it did the job, I just think it was a fail, as far as the tamper was concerned, and maybe it is only able to handle earth, as opposed to rubble, I will use it until it falls to bits, and then try again.
By Phil Sale at June 01, 2020