This will be a short update post, the Lads have almost finished grouting the living area, 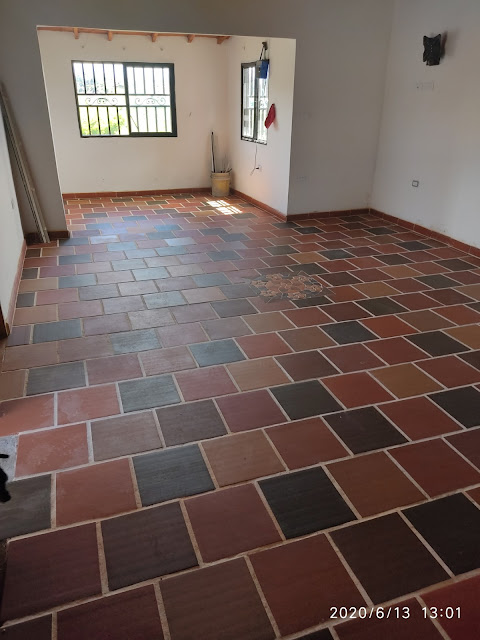 they have just got to finish off the Pantry and Broom cupboard.

Unfortunately or otherwise, the Kitchen installer couldn't come to start the installation, because he was delayed on another job, due to the inclement weather, hopefully now he is coming Tuesday (Monday being a National Holiday), personally I think it is better, because he was only going to install the units, and then we would have had to wait for the worktops, which seeing the Units in place would have been frustrating.

I made the decision to replace the old glass in the windows, Jaime's Crew haven't yet finished painting the frames on the outside, and I didn't want paint on the new glass, despite Jaime insisting they would brush paint it and get none on the glass, I wasn't convinced, as Painting is not their strongest point, I may have to redo some of that done inside. Jaime also told me that painting the outside would be a week or two down the line, as they wouldn't do that until they had rendered the outside of the house, was gradually getting colder and colder, so he put the old glass back, and informed the installer he would have to wait.