There has been a lot of progress, but not a lot to show for it


The walls have all had two coats of stucco, which is used in the same way we would use plaster back in the UK, and the new wooden beam is up, which you can see in the video. The two rooms off what will be the extended kitchen are now complete, to the left will be the broom cupboard, without a door, and to the right of the new back door will be the Pantry, which is having a wood door and frame installed.

I know the new back door doesn't look that pretty, it is metal, and there is a reja (security gate) on the other side of it, unfortunately here, especially out in the rural areas, security has to come first. It sstil has to be painted, and will look a bit better at that stage.

The electrics are all finished except for fitting a couple of sockets, as I had not bought enough, to fit all the new ones as well as replace others, but those I can do myself. We now have new wiring in 90% of the house, and the other 10% has been checked and is OK, it is only four years old, so should be.

Tomorrow, they are going to start re-staining the timber ceiling, once that is finished they are painting the walls throughout, and then tiling the floor through the dining room, lounge, kitchen and storerooms, all of which they hope to have done by the beginning of the following week, as the kitchen is ready, and will be arriving.

As for my work, I have kept myself fairly busy this week, I managed to get some of my roofing sheets back from the Gardener, there was a misunderstanding, I offered him the sheets off my old carport, and unbeknown to me, Jaime had put some other expensive ones, I had bought from the old house, with the old, and the Gardener took the lot, I was lucky to get back what I did, as it had been a week or two, since he took them. So I have finished the machine shed, and it now houses the cement mixer. 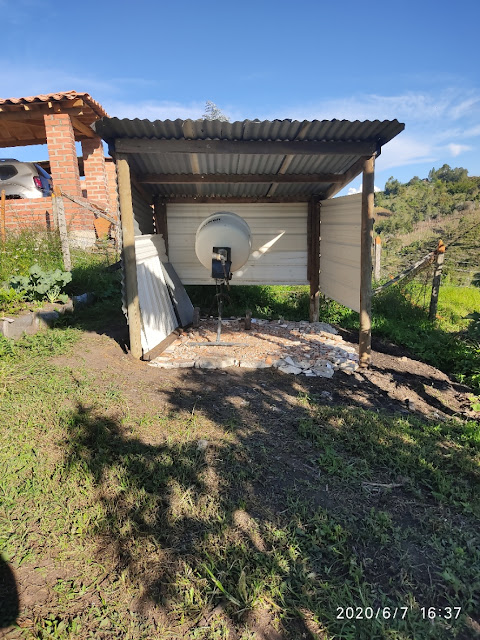 Marcela's vegetables have been growing fast, with the wet cool weather we have had recently 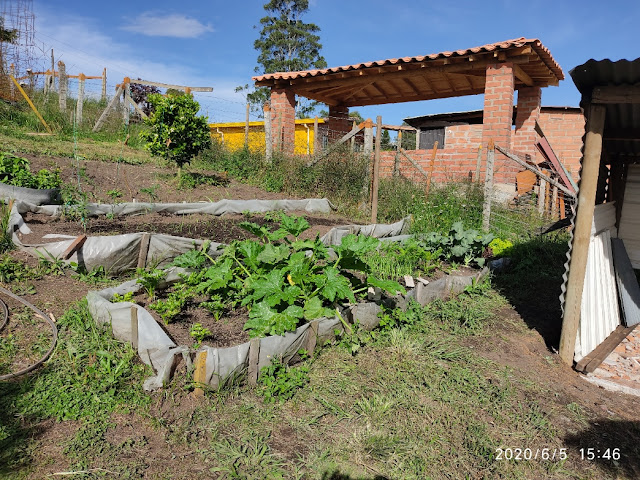 We had to thin out the red onions, and to save waste, we planted out the thinnings, so I'll be eating everything with onion!

When we moved here, we found out that there is a Goat Farm, within walking distance, producing, milk, cheese and yoghurt, I'm not so keen on the milk, but the cheese I love, I used to eat loads of it in Spain. Marcela bought a soft cheese last week, and we both decided there was no flavour, the yoghurt was another matter, I love it, especially the coffee flavour, anyway, this week, I asked Marcela if she could get a stronger cheese, and thought no more of it, then last night I looked in the fridge but couldn't see any, so mentioned it to Marcela, who brought it out... 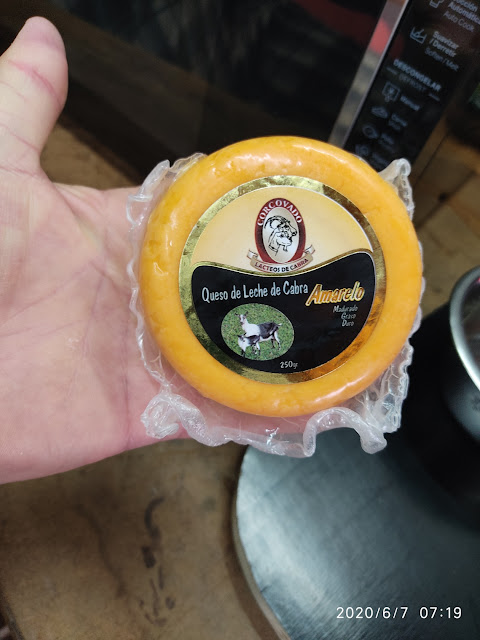 I asked (seriously) if that was a taster, and she said it was the biggest they did, I had to laugh, not a patch on those in Spain, which would last for days, if not weeks, this would be gone in two bites, however when she told me the price (£4.86) I nearly fell off my chair, and can understand why most people here eat plastic mozzarella! I think I will frame this cheese instead of eating it.

Then there are our pineapples, last night, Marcela walk in with one of the two fruit we had, it had fallen off the plant, probably because of the recent cold snap. 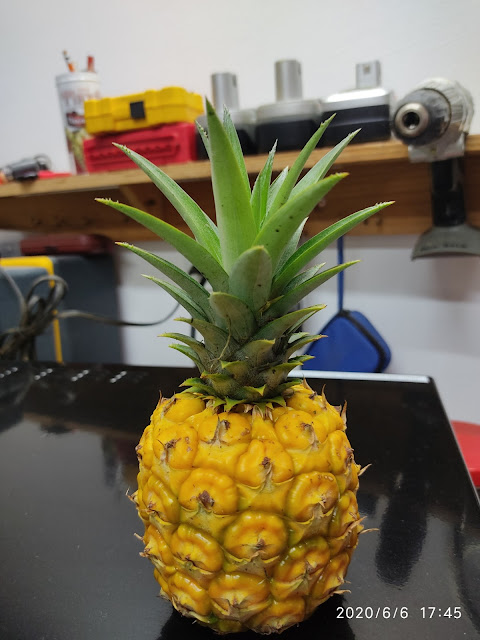 It measures all of 4" across, it's not worth cutting open, we have two rows of plants, which we inherited, but the climate here is not condusive to pineapples, it's not warm enough, and as each plant only produces one fruit in it's lifetime, they are really more trouble than they are worth, and the land could be put to better use, it's a shame, but that's life.
By Phil Sale at June 07, 2020

For the past two days, we have been a man short, whilst Yeison was sent to sort out an emergency repair, Jaime and Duber have been getting o...