I woke surprisingly pain free after all my exertion yesterday, it was cold and appeared misty, but Marcela informed me, that the Government had announced that we were covered in dust/sand from the Sahara desert, which when you consider how far away it is, seems incredible. 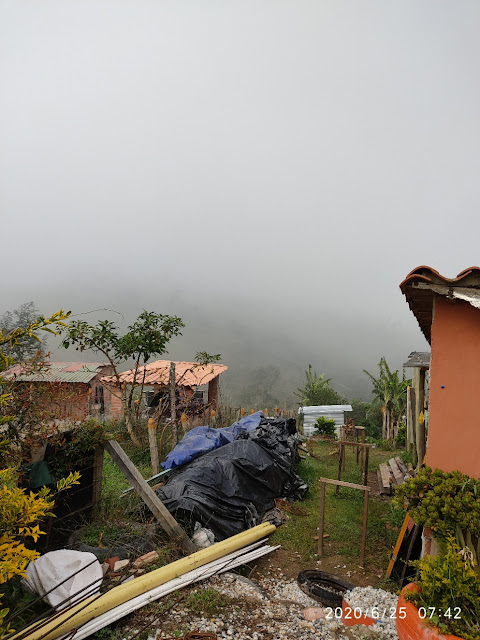 It was my day to have a couple of hours freedom, so that's what I did, only my usual activities, going to the Bank, and the Building Suppliers, I am beginning to feel like family there now, I am sure they look forward to my regular visits and depositing of cash into our supplies account!

I made one deviation, I am looking to replace some of my clothes, which are wearing out, so went to a shop I have often passed but not entered, the clothes are of a better quality, so I took the bull by the horns and went in, where the woman assured me they had shirts to fit. They had some lovely items, and I tried a couple, she was right, they fit...only just! but there wasn't any wiggle room, so I decided to give them a miss. 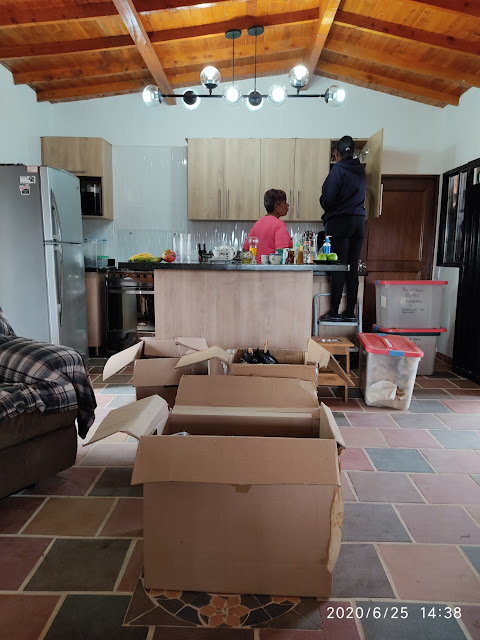 Back home, Marcela, her Mum along with Jaime and his Crew, had moved us out of the Workshop and back into the house. What a shame, I missed all the hard work, but it's great to be back in the house, which is nothing like before the work started.

This afternoon Jaime and the Team made great strides in installing the security fencing down one side of the garden, 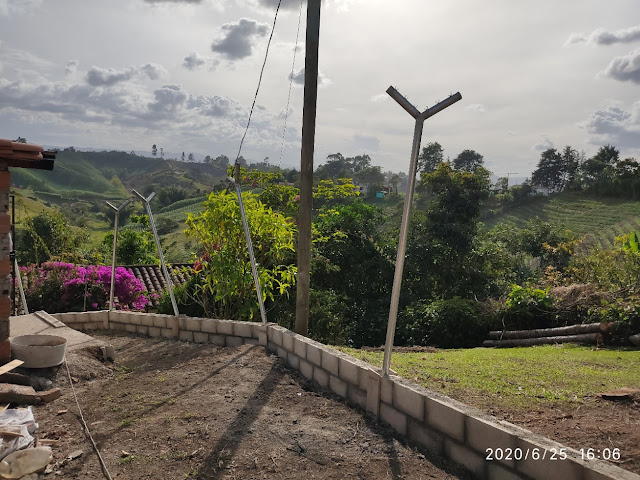 It wont be pretty, but at least it will be safe, and like in Copacabana, we will soon get used to the wire being there, it's just part of life.

I have moved all my tools out of the Cabaña, into the workshop


until I can build the shelving, it is going to be chaos, but I first have to build the shelving for the pantry and broom cupboard in the house, I am hoping to have it done by the end of next week, the timber for the framing arrives tomorrow...I hope!