Neighbours... Who would have them!?

Time is marching on, I have a feeling that Jaime is itching to move on from here, I may be wrong, but we are now having to closely monitor the projects, as they move on from one to another, without finishing off, it gets a bit frustrating, as well as difficult to monitor the costs.

The Kitchen should have been finished today, but for some reason it is now delayed until tomorrow...hopefully! The Electrician put a socket in the wrong position, which has to be moved, it wasn't his fault, it was the way the kitchen designer and written on the sketch, so hopefully Jaime will do that before finishing today, then the microwave unit can go on the wall. 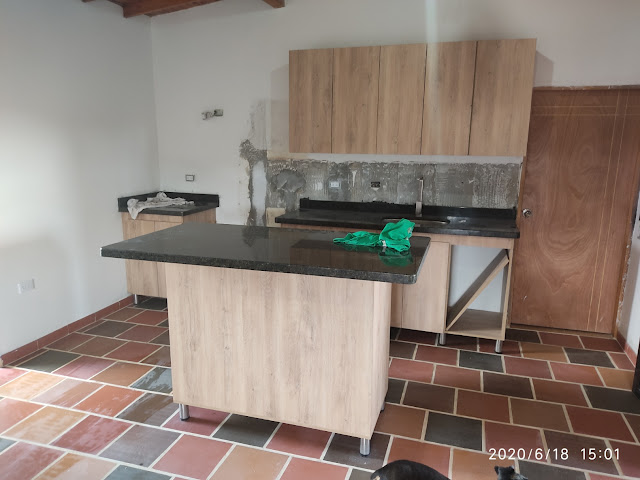 Yesterday, Jaime started on the Security fence, but not before we had Neighbour problems. Marcela and I had gone out, it was the first day in over three months that our day to leave the house coincided, so as well as shopping we were looking for furniture and tiles, when Jaime called us to say the son of the Owner was objecting to the security fence, which was strange, as we had already cleared it with the Owner and another of her son's before buying the materials, but as with all things Colombian, nothing on paper.

We dropped what we were doing and returned home to find that there was no objection, it was an attempt at a property grab!

The Son was suggesting, that we remove all boundaries between the two properties, and they would build a parking area, and a lane down  to the back of their house, but would give us paqrking, and access to the rear of our house, I pointed out that we already had an amply car park, and access to the rear of the house, on the other side of our property, I didn't need or want any more, and by opening up the boundary, it would reduce our security substantially. More importantly, where they were talking about cutting away the embankment, would undermine the support for our house, which considering I had just paid Jaime to rectify the same problem, would have been balmy. I said I was happy to help out, but not at our expense, the only one's going to benefit from that idea were the Neighbours, as they would be taking our land, without giving anything back.

Marcela and I had lunch, and then went back to town, we had a reasonable day, ordering a new sofa and one chair, as I still have my Recliner, when Pepe let's me use it, and ordered timber, to frame shelves for the workshop, Storeroom,Pantry and Broom cupboard, I still have to buy the OSB or Plywood to form the shelves. Unfortunately we came up a blank with the tiles, we will keep hunting. We also managed to buy a new wash basin and vanity unit for our shower room, which Jaime has installed, he's nobodies fool, he has been doing some of these jobs for free, as long as he can have the old items, for a property he is doing up, it works out for both of us, and saves me having to have them carted away at a cost.

On our return, the Neighbours were still here, and came up with another idea, this time involving a land trade, and not effecting the stability of our house, I had no problem with this, so Jaime and the Neighbour laid out a string boundary, Marcela videoed it, and they left happy, whilst I was bewildered, because to be honest I didn't see the benefit to anyone. 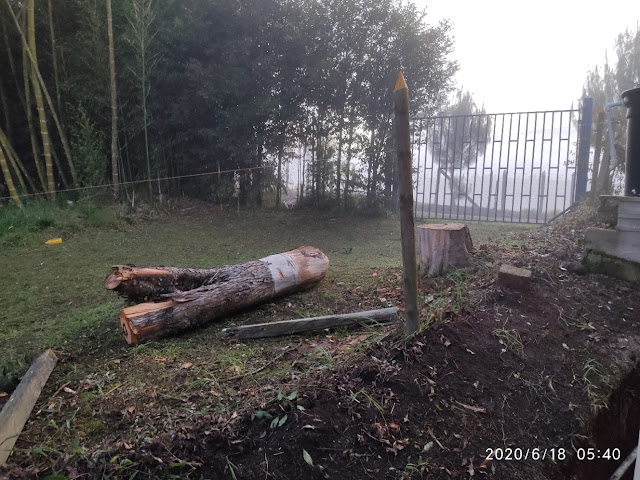 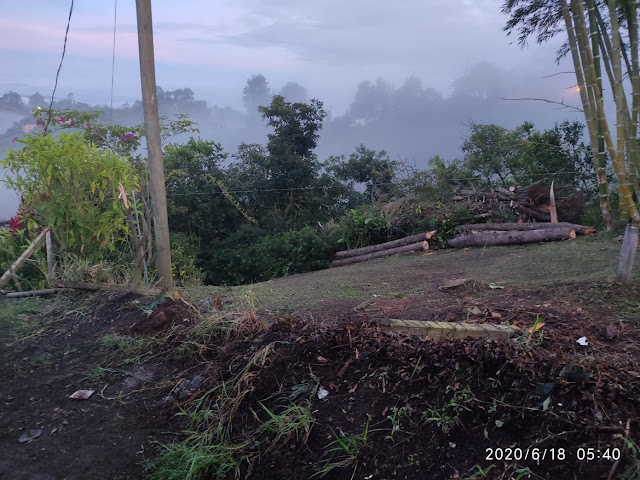 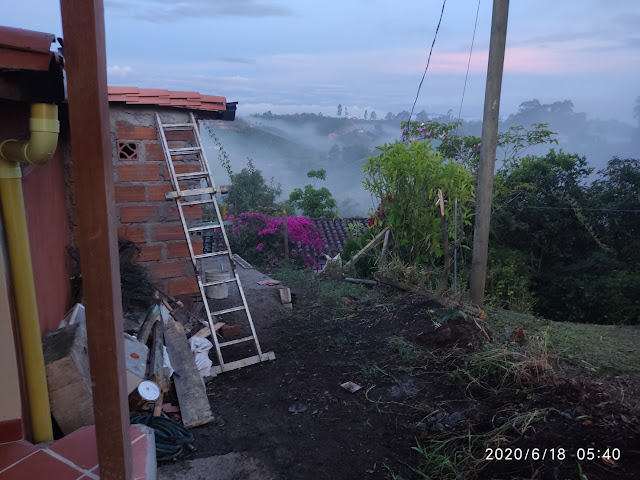 Once work got underway today, they started digging the trench to lay the block base for the Security Fencing. 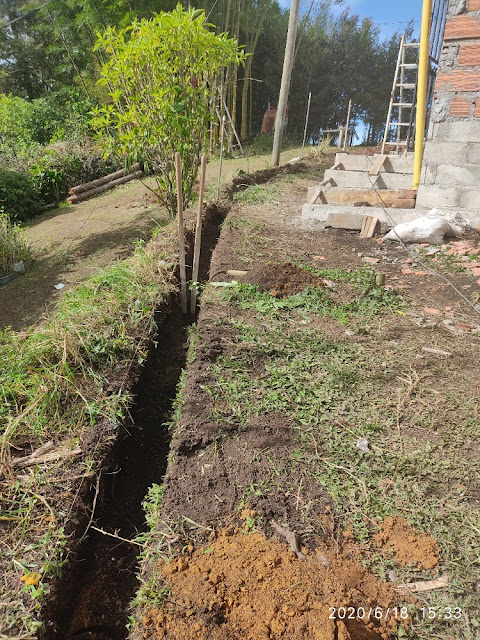 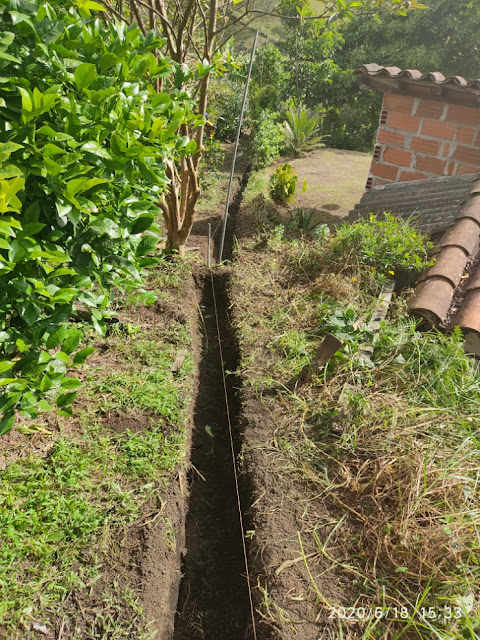 Whilst that was going on, I gave in, and last night, had made an appointment for a telephone consultation with a Doctor, since my fall of the stepladder, I have had horrendous pain in the base of my neck, it was time to seek help.

So he rang, and is hoping the problem is just muscular, but is sending me for a scan to confirm that there is no serious damage. I will go and collect the order in the morning, and then make the appointment, which will probably be in Rionegro.

Since then I have just pottered, doing some of the little jobs, that don't involve lifting.
By Phil Sale at June 18, 2020