Jaime and his Team have been working flat out this week, in all weathers, from cold and wet, to baking hot.

They have finished the fencing down one side

And started down the other, which Pepe took great delight, in yet again leaving his mark. 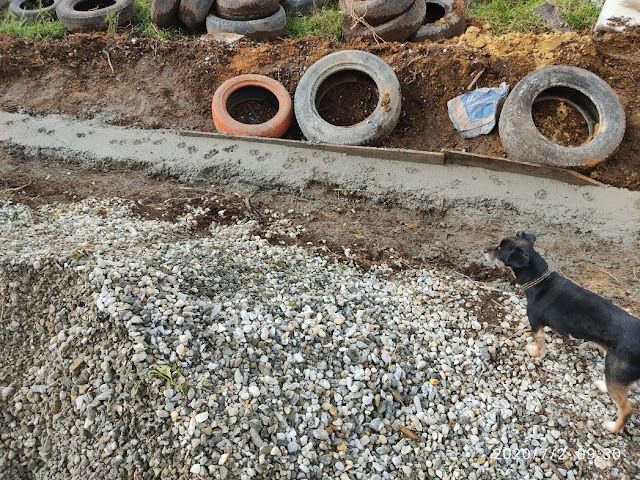 The one problem we encountered is the number of old tyres that were buried, we believe to stabilise the ground, but it has left me with a headache, as no one will take them, so I have little choice but to find other uses for them, the car tyres are not a problem, I can use them on my steps into the abyss, but the wagon tyres are a different kettle of fish altogether.

In the mean time the base wall is going in 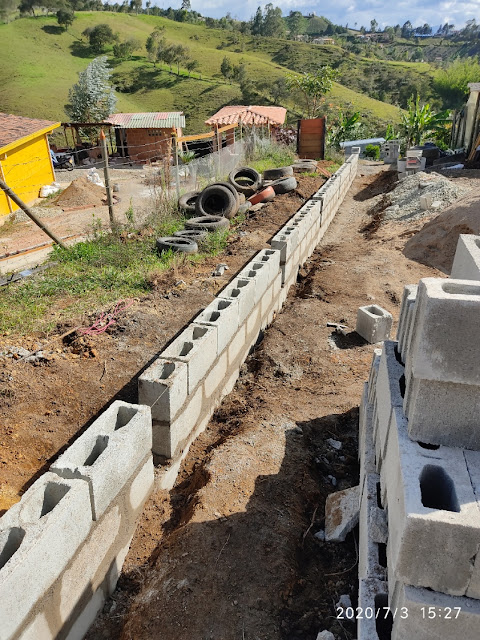 Next week the posts should hopefully go up, then they just have to erect across the bottom of the garden, sectioning off the garden from the orchard, there will be a lockable gate between the two.

I haven't seen a lot of them, because I have been working in the house, continuing the work in the pantry. 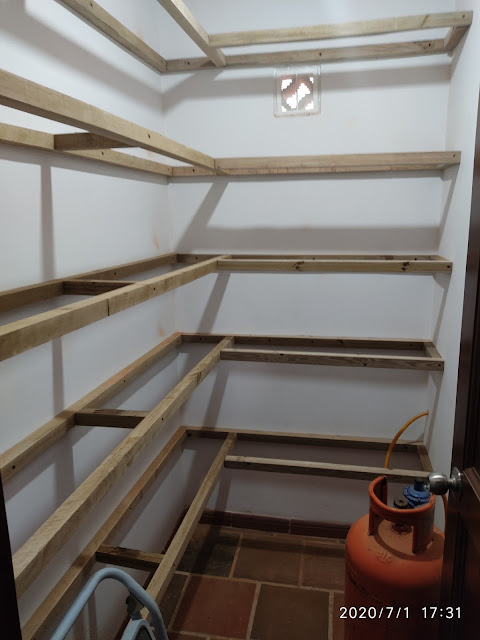 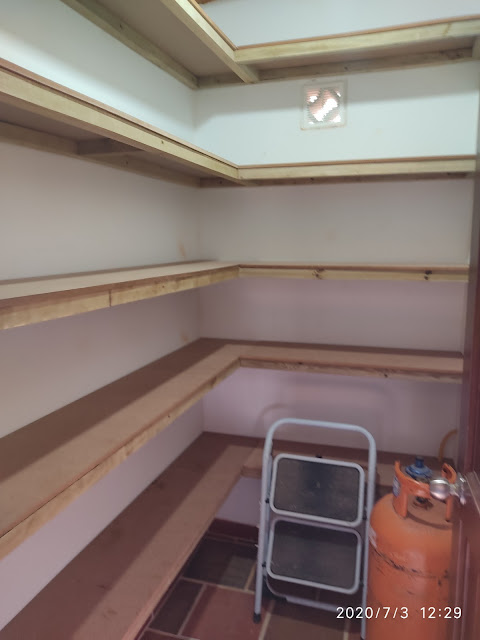 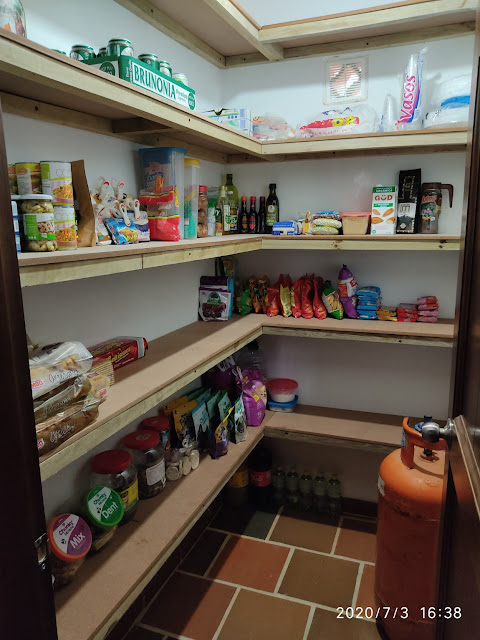 Now to move on to the broom cupboard, then I can do the important stuff, like my workshop, and the storage room under the house.

Last week the Townhall announced they were offering a free service marking component parts on Motorcycles and Bicycles, for motorbikes it is marked with the registration number, and it was to be done yesterday true to form the night before they changed the date until this morning at 8am, so I made sure the bike would start, dug my gear out of mothballs, and set off. I arrived just after 8am, and joined the queue. 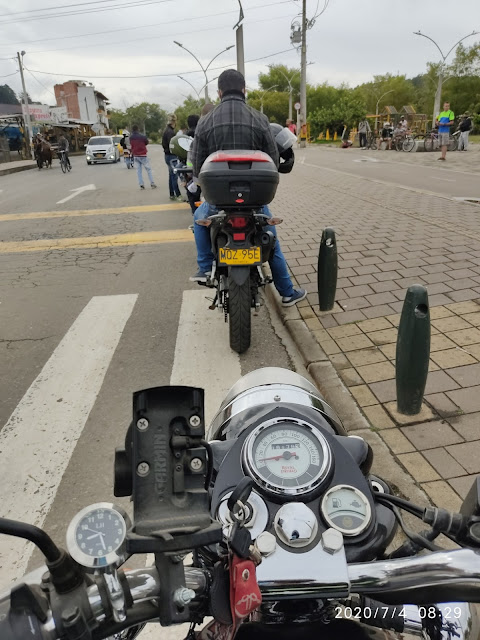 There were a number of bikes and bicycles in front of me, but by 8.40am there were still no officials present, if I stayed I would have been there hours, so I gave up and left, going into town to do some bits and pieces. I left at 9.15am, and they were only just starting the whole process, I am glad I had not waited, but it just goes to prove that the Municipio de Marinilla is no more organised that any of the others, their lack of respect for the citizens of the town leaves a lot to be desired.
By Phil Sale at July 04, 2020