Work has continued at a pace this last couple of weeks. We rented scaffolding and as you will see in the following series of photos, the rendering has come on in leaps and bounds, through all weathers. 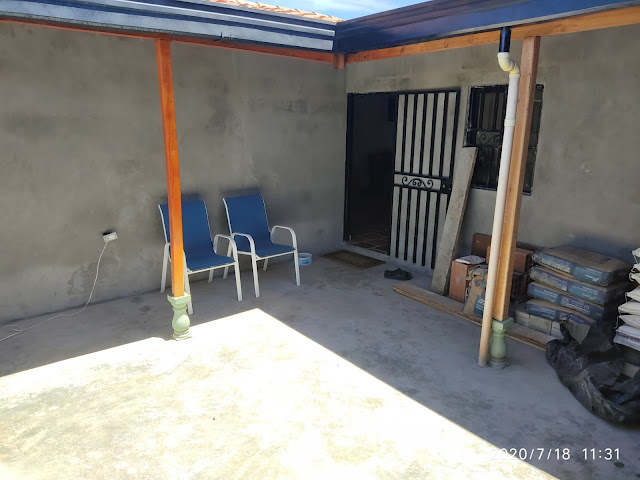 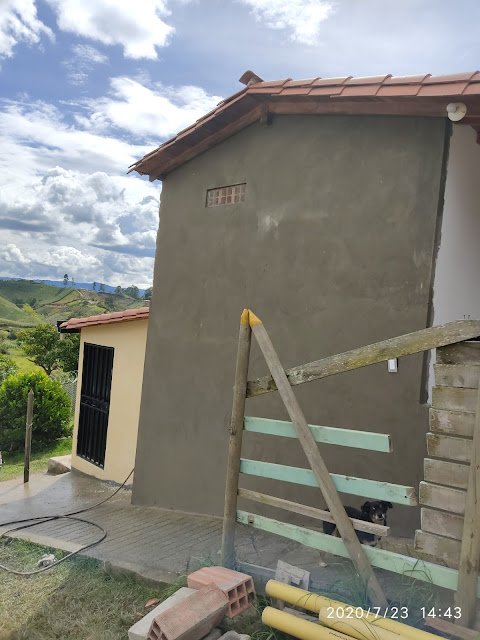 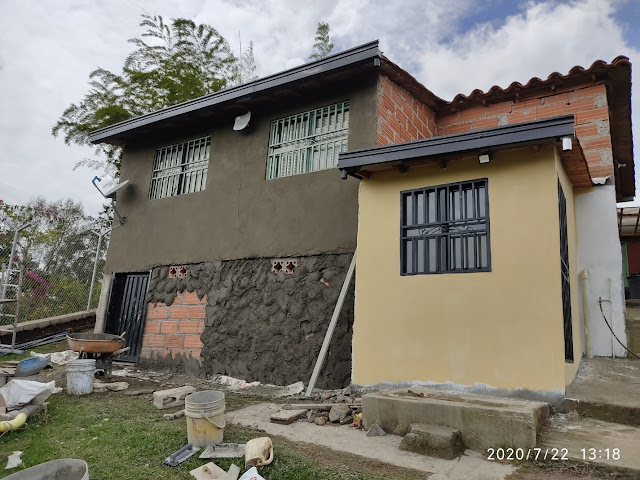 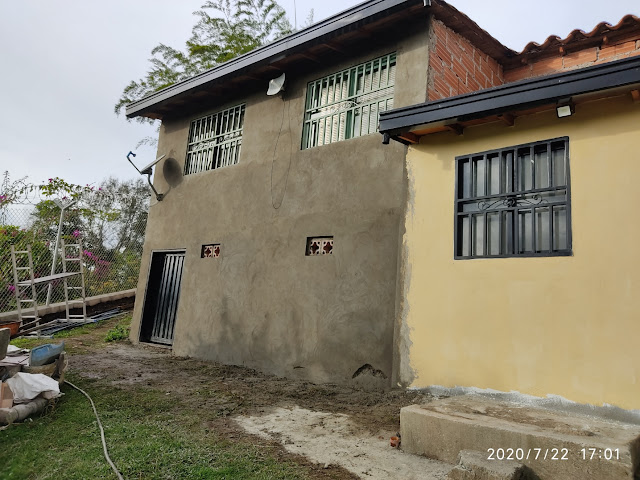 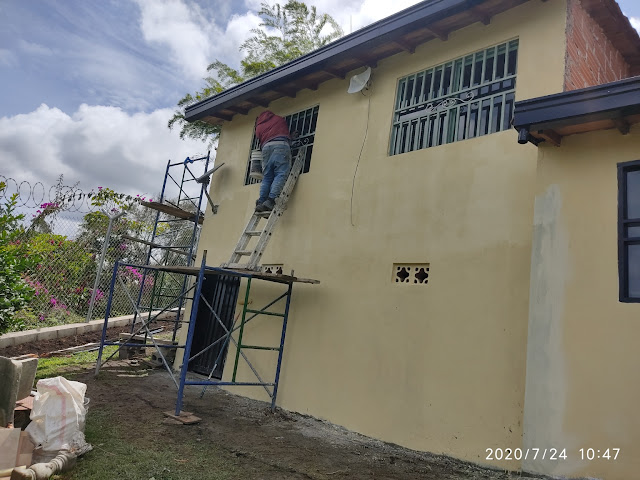 No words needed to explain that, they are just getting on with the job!

In the meantime, Dubber walked off the job, no one knows why, one day he just didn't turn up, and all efforts by Jaime failed to locate him, so Jaime employed another  of his brother-in-laws to do the welding, Oscar,  and he has done a great job. Jaime and Oscar have constructed the entrance way which will tower over the new gate.

The lads had finished the concrete pillars, and after some discussion between Marcela and myself we decided to go for a metal framed canopy over the gate, the discussion came because of the cost, this was probably the costliest project so far, for it's size, and all down to the price of metal, saying that, wood wasn't that much cheaper, hence our decision to go for metal.

Oscar started the welding process last week, but kept getting hampered by rain. 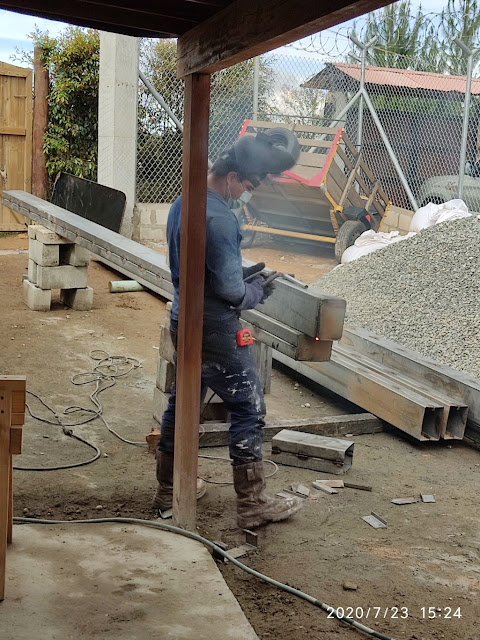 then they had to weld up in the air, because the individual parts were so heavy, we would have had to rent a crane. 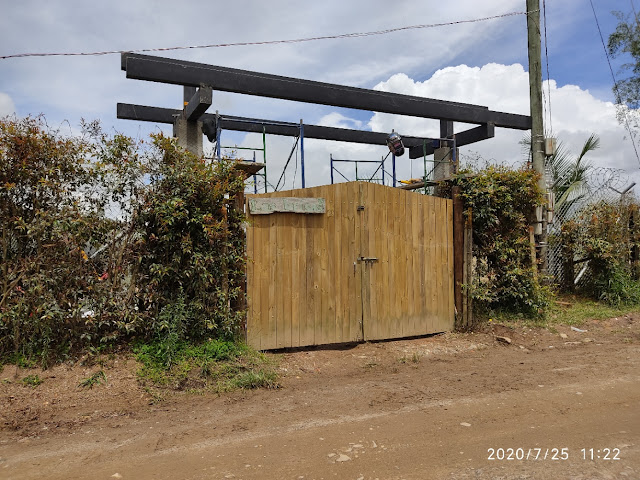 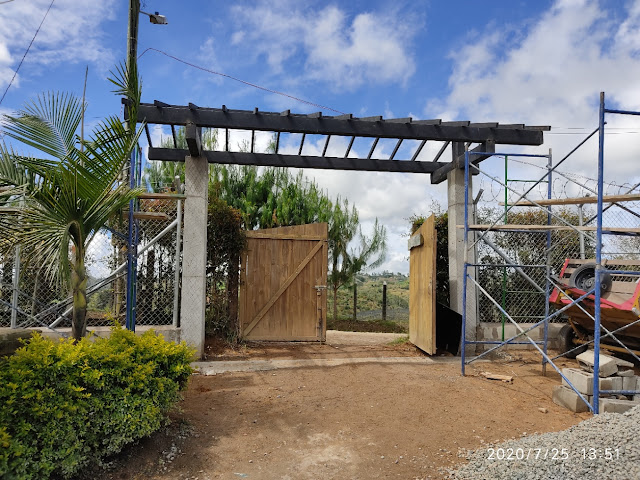 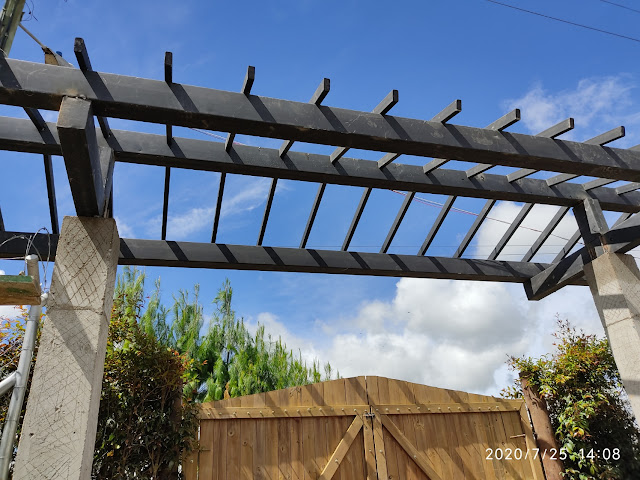 All metal, and very impressive, six metres wide and two and a half deep, each side being three metres, welding at a pitched angle.

Whilst they were working, people stopped to asked Jaime for quotes, maybe we should be looking at commission 😂  Seriously though, I told Jaime, he should put contact details outside!

They finished this about 1.30pm on Saturday, and will be back Monday, all being well.

Finally I get to the title of this post, Marinilla has seen an upsurge in the numbers of positive Covid 19 cases in the town, culminating the other day in ten new cases, bringing the total to about 32 currently live cases, we had our first fatality also last week. Now we are waiting to see what the Mayor decides, or whether he waits to see what the President decides next week, when the current phase comes to an end on August 1st, we have been locked down more that most for the last five months, will that continue? we wait and see.
By Phil Sale at July 26, 2020