Where have I been?

Sorry Folks, but between work and and bout of illness, I just haven't been able to get at my Blog.

Jaime and the team finished the security fencing, by installing all the razor wire, they then moved on the the gate pillars 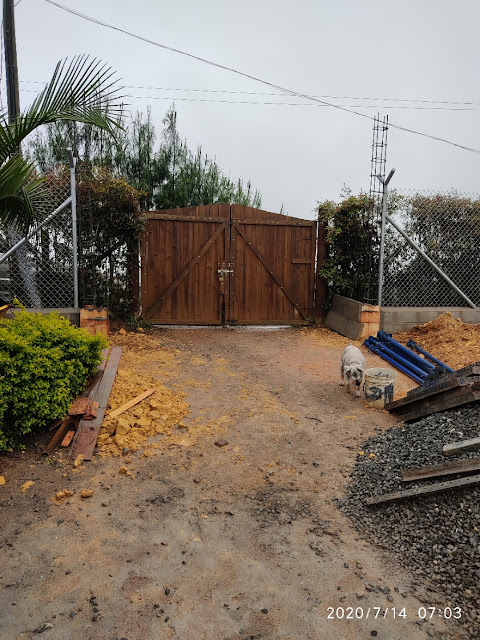 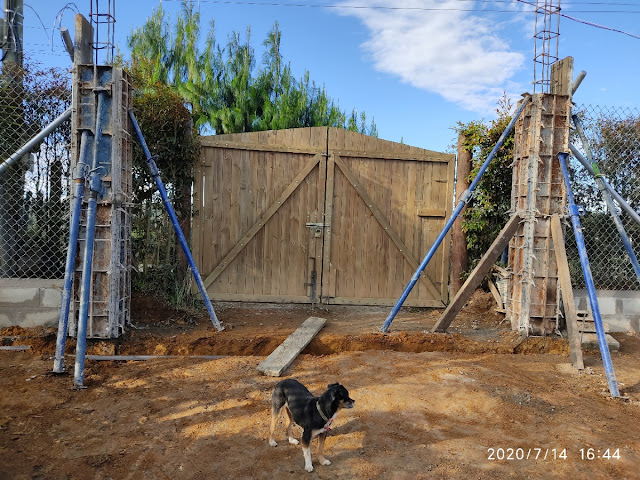 There was one more section to be added, which they have now done, but they hadn't ordered enough shuttering, so the posts are now completed, once the gate is installed, then they will clad the posts in brick effect. At the moment we are getting various quotes from Jaime  for the roof over the gate, unfortunately because it is so high to allow lorrys under, it has to be fairly big, and this is posing a financial problem, the quote for it to be done in metal was ridiculous, so we have asked Jaime to quote using wood.

Whilst this was being done, I moved all the workmen's gear out of the Bodega, and started work on shelving there, I just wanted it done, and organised. 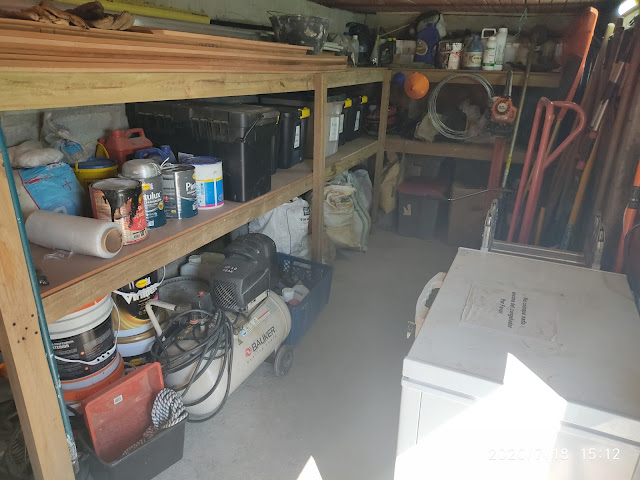 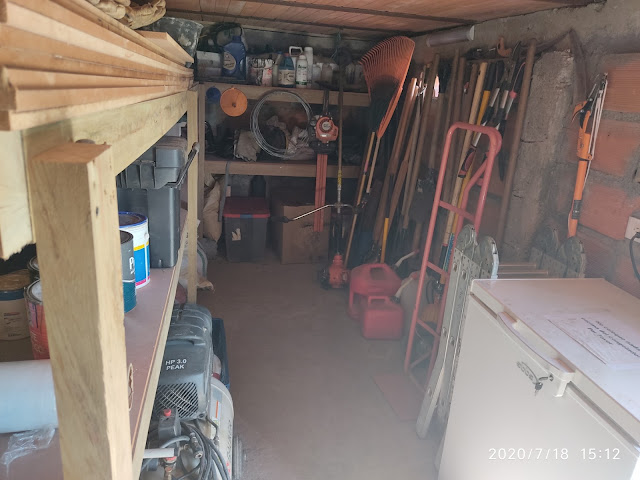 Unfortunately I had over ordered what I needed in MDF, so at the moment that is taking up valuable space on the top shelf, it will get used, I just don't know when.

As a result of my continued work, without a break, and not being used to it for some time, on Sunday, I woke to a long session in the bathroom, I wont give you the gory details, but whatever went down, came back up, or at the other end! So I was pretty miserable. Monday came, and I wasn't much better, so Marcela rang the Corona Virus hotline, they decided that due to my age and High Blood Pressure I needed to be tested.

We decided that it was only fair to stop all work, until I had the results, so Marcela rang Jaime and informed him.

This morning we we up at 5am, to go to the testing center in Rio Negro, about a 40 minute trip, once there I was seen quickly by a Doctor all suited up in Protective Gear, he asked me to go through the circumstances, after which he heaved a sigh of relief, and after doing some tests, told me, I didn't need the virus test, I had gastroenteritis, so everyone is happy, especially the Builders to arrived later this morning to restart the work.

As for me, I am taking a couple of days off to fully recover!