On Thursday, I worked all day on my shelving, I have to say that it would have been far easier with two people, but where there was no way I could continue without help to support the structure, Marcela came and gave me a hand.

Firstly I screwed one side of the shelving directly to the wall, using 2x4s, and to get the correct spacing I used scrap timber as the spacers, cutting them as I went higher and the spacing reduced. 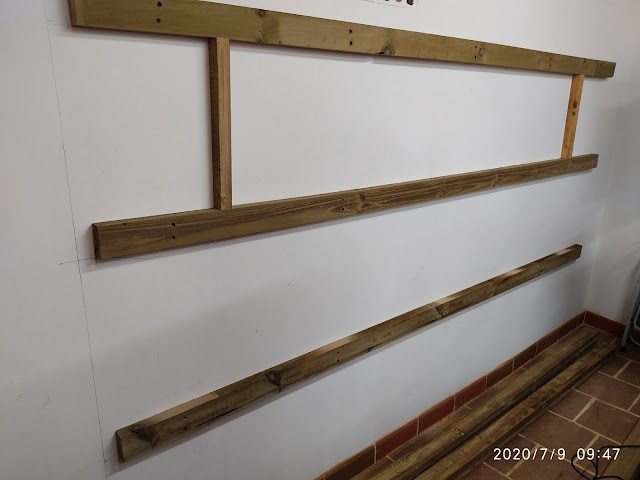 Once this was done, I screwed the 2x4s that would become the outer support for the shelving to those on the wall, and then screwed the vertical leg supports to them of which there are three. This should have been easy, but as I think I have said previously, unless you live in the City, and can get to the Box Stores such as Homecenter, most ironmoners only stock drywall screws, which don't have the strength, as a result a couple sheared off when I was trying to free the outer section, I had to use a crowbar to part the two. 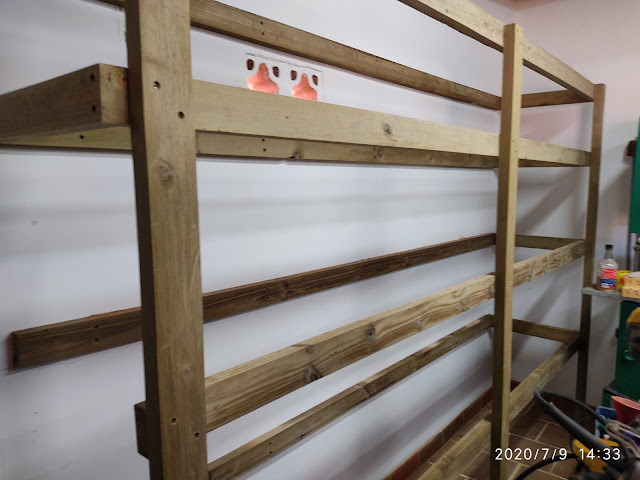 This was where I needed Marcela's help, just to balance the outer frame, whilst I attached a couple of the supports at either end.

Once the frame was finished I had to work out how I could get the half inch MDF onto the frame, there were two problems, firstly the shelving is 3m long, and the maximum length of the boards is 2.44m, which meant cutting extras at 56cm to complete each shelf, and correctly installing supports under the shelves, especially where the two met. 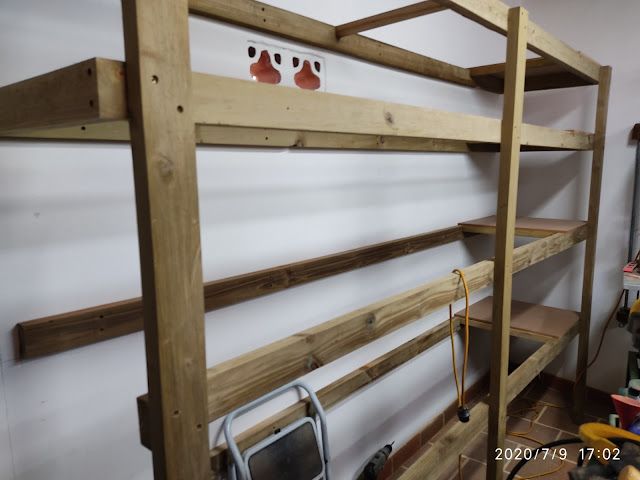 Having installed the small portions, I gave up for the day, and continued yesterday. The second problem being how to get the long sections into the frame, because of the lack of space. To do this, I had to remove the cross brace you see on the left of the picture, and slide all but the top shelf in from the end, then add the cross braces afterwards.

That done, it was time to organise my workshop, and clean up, 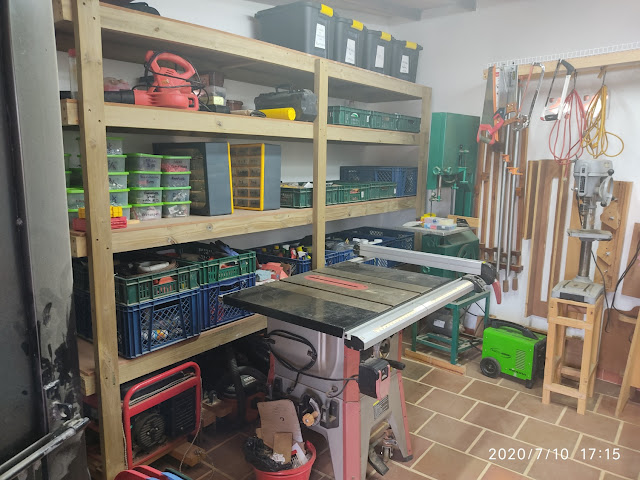 Whether I will be able to put my hands on everything I need, I doubt it, for a few weeks, whilst I tweak the storage, and remember where everything is, but now at least it looks like a workshop, and not the local Dump!
By Phil Sale at July 11, 2020