End of an Era

Last week I realised that the revision tecnico, equivalent to the UK's MOT on my Royal Enfield had run out the previous Sunday,

So Wednesday being my day of freedom, I was outside the MOT Centre at 7am 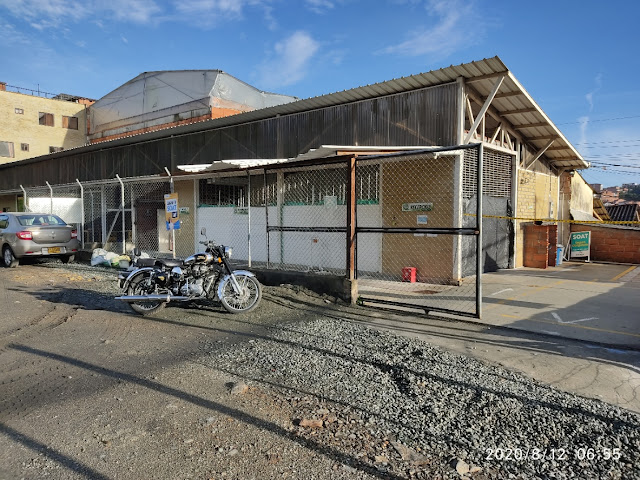 I was never in any doubt, but it passed with flying colours, however not without incident, because I was sat watching the bike going through the test, from the viewing area, and the Tester nearly fell off when testing the brakes, as they are keen to say the least, unfortunately he saw or heard me laughing, and got his own back. After the test, they put the bike outside, whilst you collect your certificate, and when I got to the bike, it wouldn't start, I thought it was because they had left the lights on, but after kick starting it a few times, and nothing happening, I saw they had flicked the kill switch, which when changed, the bike started first time.

On the Monday previous, having realised the bike needed the test, I started looking at the need to continue biking, since March, I have used it exactly twice, because due to the restrictions, every time I have been out, it has been to buy stuff, or to attend an official appointment with Marcela, so I have only used the car.

Biking in Colombia is expensive, you have the annual tax to pay, in addition there is an obligatory third party insurance called SOAT, which covers other people, but not their vehicles, so I also take out a motor insurance, similar to that back in the UK, and it is similarly priced, but there is no 'No claims bonus' for careful drivers / riders, and the Revision Tecnico as well.

My second consideration, is that is a little over a year,  my Driving Licenses are up for renewal, and although they are now on the same card, you pay to renew each class of vehicle, it's not cheap.

Then finally there is my age and health, my knees soon tell me that biking is not the enjoyable experience it used to be, because we have two dogs, we can go out for a day, but no more, so use is also limited.

Having considered all that, I came to the sad conclusion, that it was time to sell. I looked on line, and saw that there were hundreds of Royal Enfields for sale, and those of the same year were up for more than I paid for mine when I bought it, which just didn't make sense, so I decided on a price, and when I mentioned it to Jaime, he said he was interested. He talked it over with his wife, went for a test ride, then told me he wanted it at the agreed price. 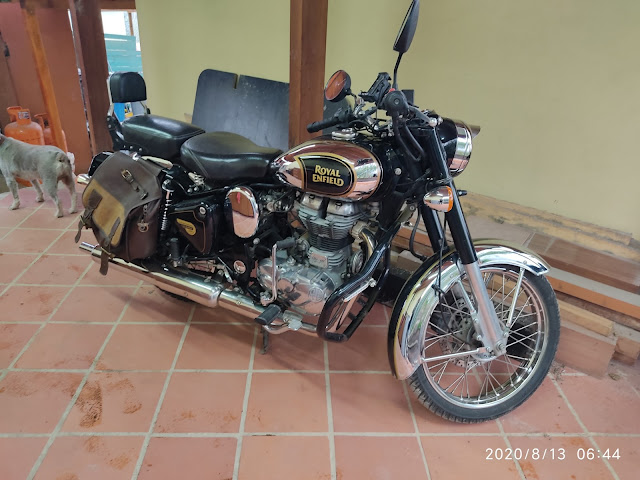 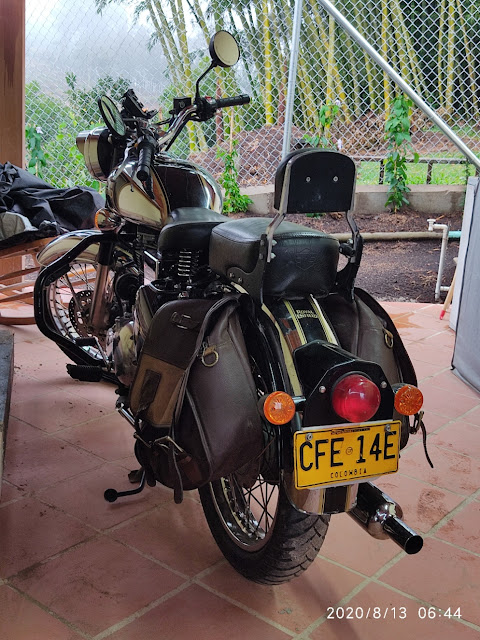 So sometime this week, all being well, she goes. It will be a sad day, but as I said to Marcela, if I need to go anywhere, and she is away in the car, I will use a taxi, it will be far cheaper over the year.

I am keeping my helmet and one jacket, just in case I ever go pillion, otherwise I am giving all my gear to Jaime, so as not to be tempted again.