Work has slowed down, for two reasons, we have had more restrictions thrust upon us as a result of  Covid 19, and the panic that our Health System wont be able to cope, and Jaime has been working elsewhere to boost his income, which I can understand, but it doesn't help us, we now just want to get our lives back.

People have been asking how we are financing the work we are having done, the answer is simple, cash... because of the financial system here in Colombia, there is no incentive to keep money in the bank, so I have kept it in cash at various locations, if I paid everything out of my Bank account, once I spend more than $9,000,000 per month, I have to pay 4 pesos for every 1000 I spend, in tax, and that gets very expensive, it happened to me last month, because I didn't keep track on my spending, you live and learn. I can see why people don't like keeping money in Banks, where it can be tracked. I had some money left over from the sale of property in Spain, which was declared here, I also put money aside on a monthly basis, for a rainy day, from my pension, and over nearly nine years that adds up. However saying that, the pot is now running dry, so a few things we wanted done, will just have to wait.

Jaime has moved the auxiliary water tank, it is used if the water is cut off, it holds 250,000 litres, which for the two of us, is fine, but he and Oscar made a metal tower for it, that will hold a bigger tank if we want to upgrade. 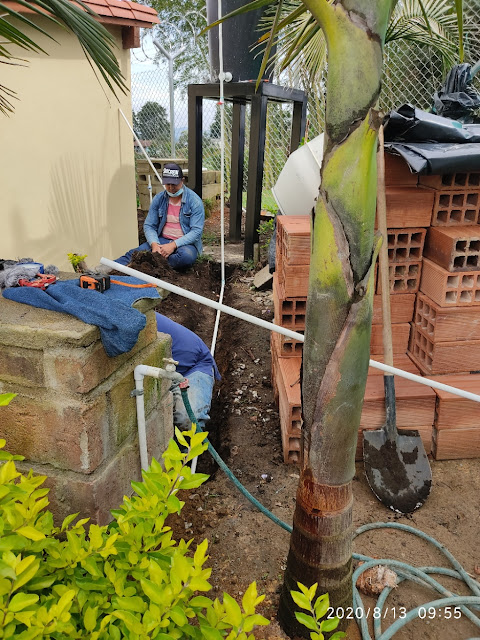 There is only one hiccup, that is that the water pressure is not sufficient to pass through the filter system, so it has to go on bypass, therefore we can only use it for cooking and the bathroom toilets, as least we have water even if it is brown!

Work has commenced on enlarging the Cabaña / apartment, they started by digging the earth out on the parking area, to take it down to the same level as the existing floor of the building 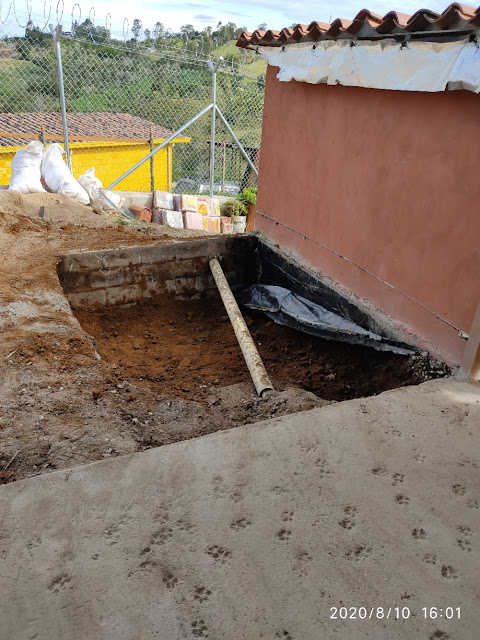 Then the foundations went in 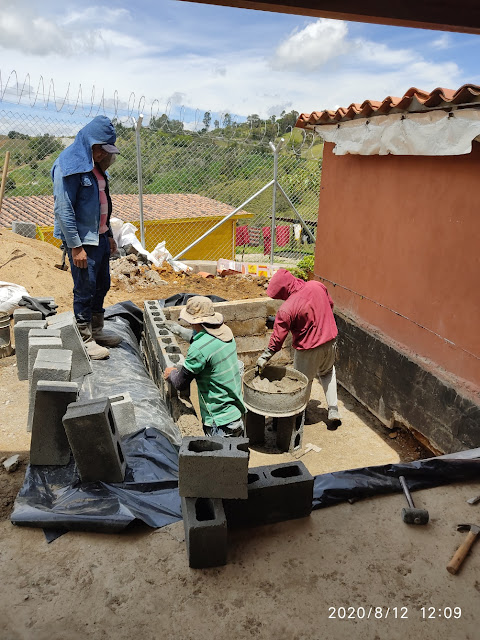 Followed by the walls going up 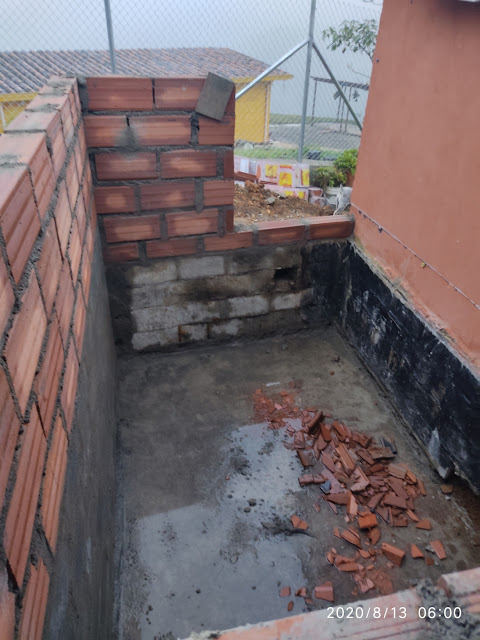 About the same time, the rains came again, and started to turn it into a swimming pool, I wasn't happy as I had asked that they put a tarpaulin I had, over the build, as the wood for the roof, is not arriving until tomorrow, but I was ignored, and this was the result.

Once the walls were up and rendering had started, Jaime arranged for the Electricians to come in and prepare the runs for a totally new electrical system. 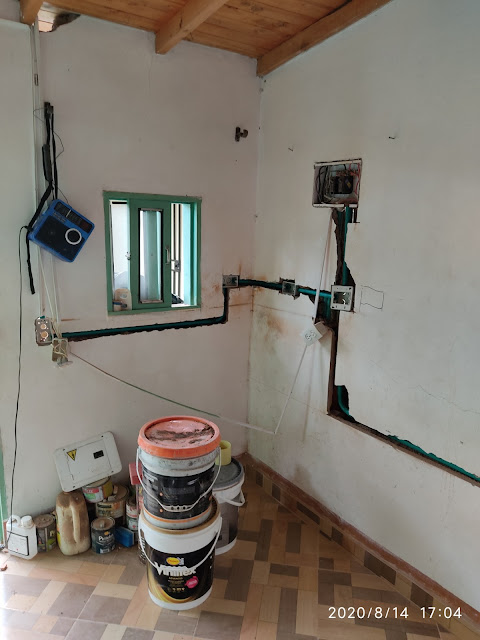 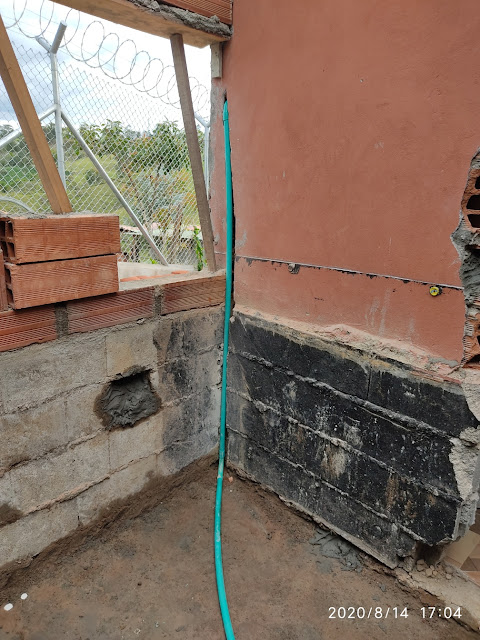 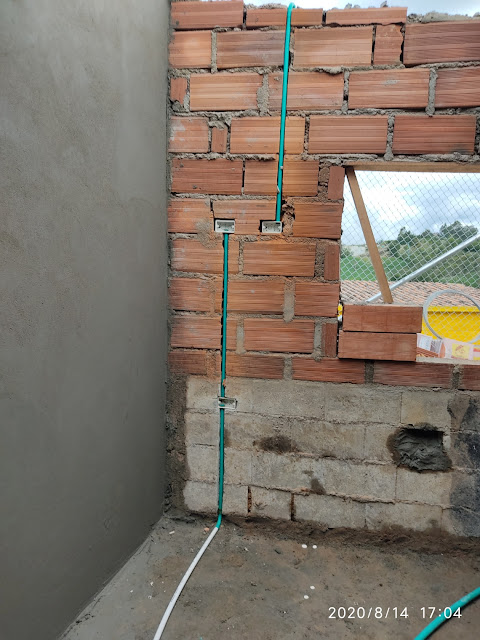 That done unfortunately we had another storm that night (Friday) and the workers were not due back until Tueday, so we rang Jaime, he and his crew were working nearby, so when they had finished they stopped by and put the tarpaulin over the extension, and mopped out the water, which had they done that at the start would have avoided any problems.

The Governor of this area, shut us down from Saturday until midnight on Monday/Tuesday, and with his other hand, gave us permission to be out and about, it was totally ludicrous, but stopped work on the build, until Tuesday.

However this has not stopped us from working around the house, I have been doing little jobs that until now have been put off, due to workmen being in the way, so I have more solar lights up, antenna and internet cables that had been covered in paint on the outside of the house, had my weekly fire,  done some work in the bedroom, and today we have been down the garden, picking avocados.

I have now ordered our CCTV system, also an alarm system for the house, so within the next month or so, we should be as secure as we can be.