I have to say, I am a bit disappointed, Jaime brought work to a halt on the Cabaña, and started ripping up the quadrangle outside our main entrance door. 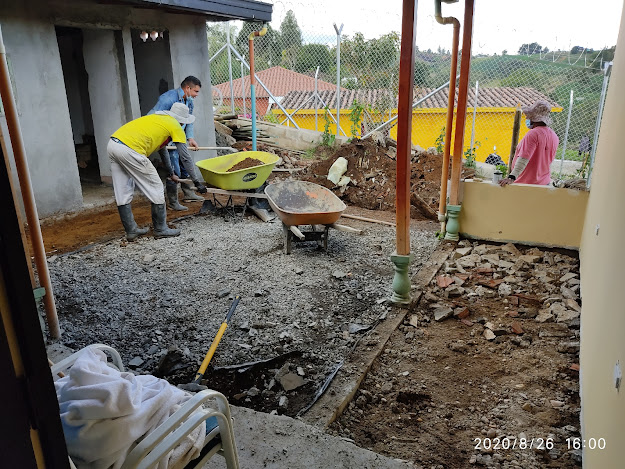 I think, and I may be wrong, that this was done because he wanted more money at the end of the week, I am only upset, because until he finishes his work in the Cabaña, I can't bring in the other Trades, I know it will get done, but when?
The quad ripped up, they laid the new drains and water supply, and then the new concrete floor. 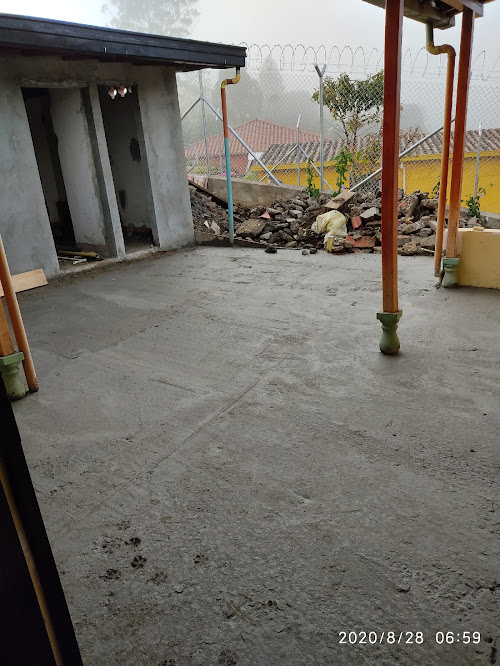 this will then be tiled, so Pepe's trademark paw prints are not a problem. They have also completed the rear patio, and footpaths around the house. Unfortunately, financial constraints mean it has to stay as bare concrete for now. 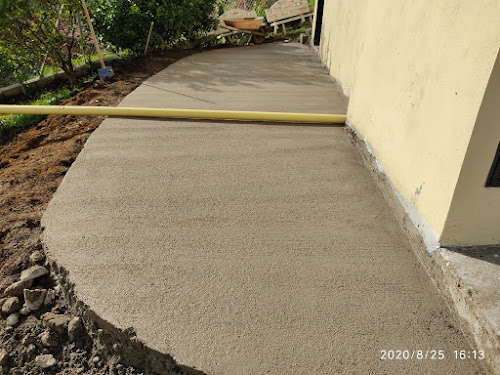 At the moment they are working on the base for the carport, which will be alongside the quadrangle, and will also give us a covered area if we have a party and the weather changes, which is more than possible, as the climate has gone loopy here, much like the rest of the world, our summer came to an abrupt end after two weeks, and we have had a mixture of sun, clouds and storms ever since.
By Phil Sale at August 30, 2020