Work on the cabaña  progresses, rain has delayed many things, and I don't just mean showers, it has been belting down, last night we even had water find it's way through the windows.

Bit by bit the building has been taken apart, sometimes that meant removing work done by the Electrician, I ended up with just the exterior walls, and no roof, it might have been cheaper just to demolish it and start again. 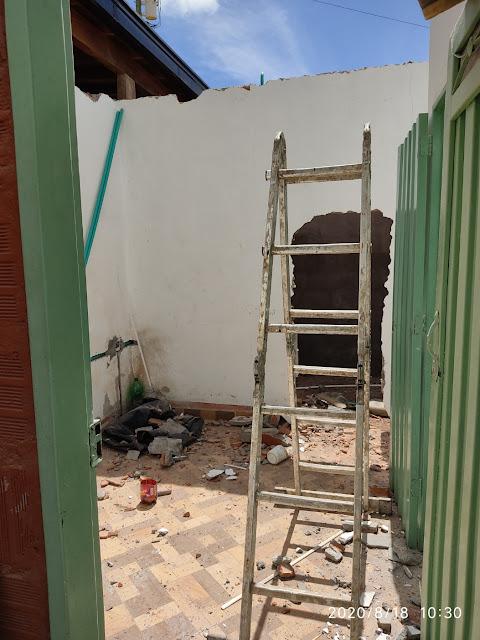 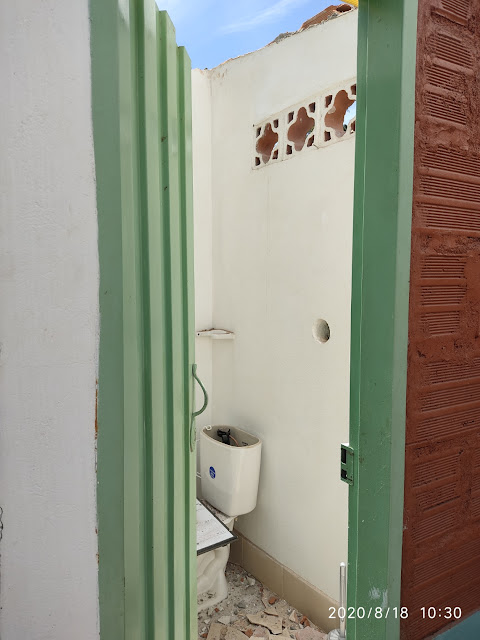 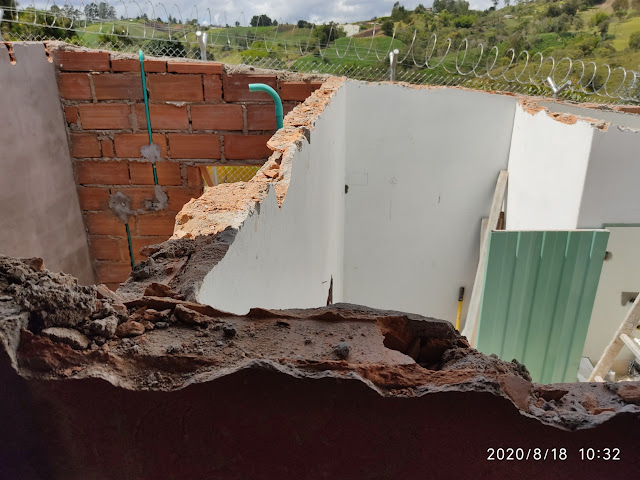 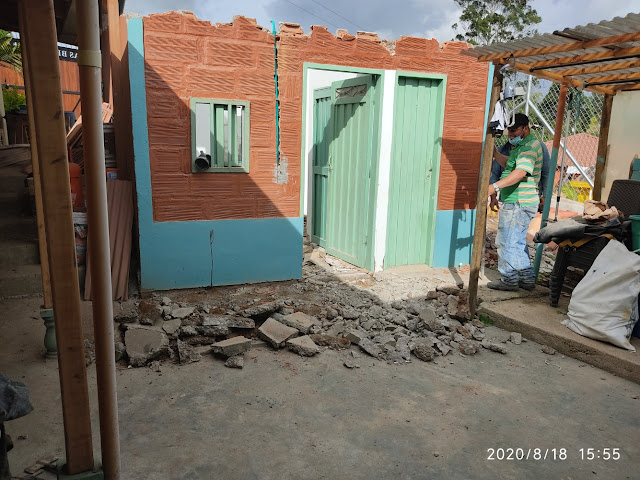 We had already bought a new vanity unit and handbasin, and were hoping to reuse the toilet as it was relatively new, but, it had been concreted into the floor, and had to be broken out, so I will have to buy a new one.

The roof is now on and tiled, the new drain pipes have been laid, and the new concrete floor is going in as we speak. I will post more photos once that is done.

In the meantime, I have been chatting with a new found neighbour, I am not sure if it's a he or she due to the long hair, but it's very friendly. 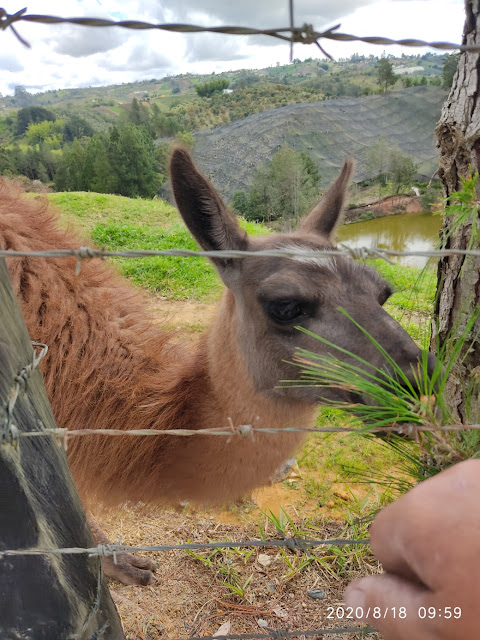 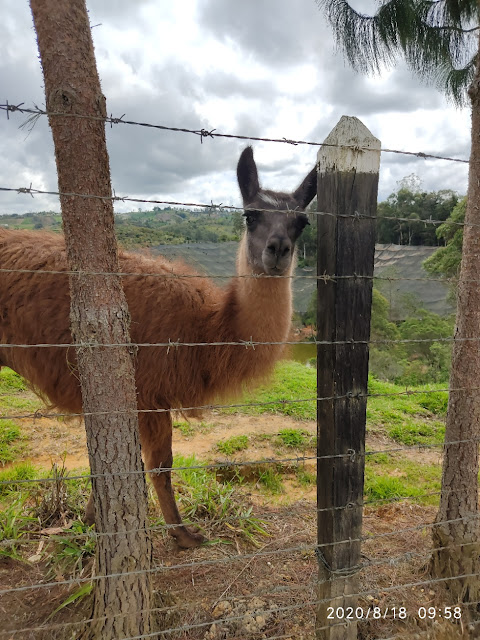 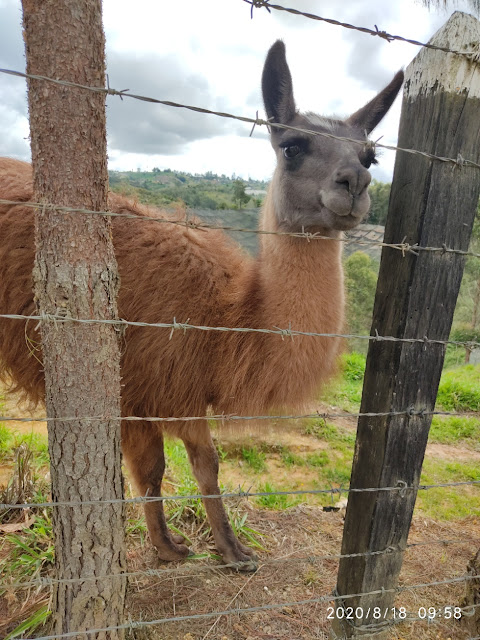 I think he's lonely, being the only one, he comes trotting up when he sees us out in the road, and is not afraid to give you a good close up sniff!

Well that's it for today, more photos than prose, thanks for dropping by.