After six months we finally have an end in sight, Jaime thinks they will have finished by the end of the week, I know he has to get started on a new contract, and has pulled some men off out job to get it started, but I think we are realistically looking at next week.

However things have progressed during the last ten days, so it's time for a catch up.

The new steel top for the Grey water trap has been installed, and as you can see from the video, there is little chance of anyone falling in, even though it is in two pieces, it is still heavy, so I am waiting for Oscar to weld me on a couple of handles, to make it easier to move.

The parking area has been completed at the side of the house, they are just finishing the carport build, which again is a metal structure with polycarbonate roof.

Like wise the main parking area has been totally finished, land drains inserted, then covered in geotex and gravel. 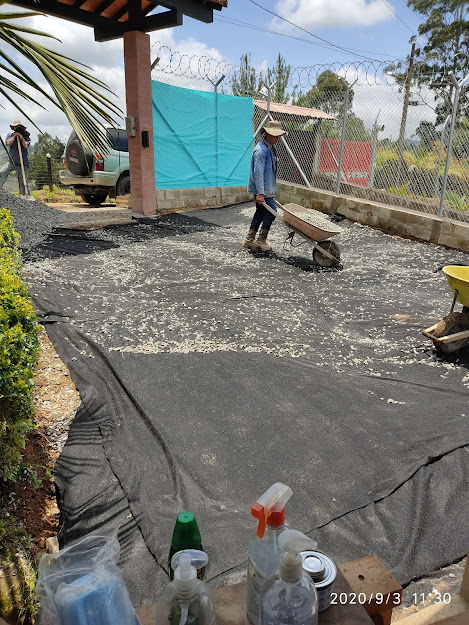 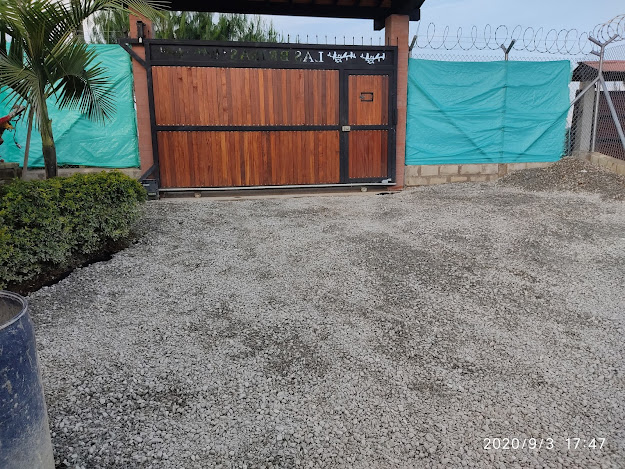 Having the gravel makes a heck of a difference to the appearance, all the better because they have also concreted the entrance outside the gate, so no sliding around in the mud, when entering or leaving the house.
Work progressed on the Cabaña, but then came to another full stop, whilst they have been working around the outside. 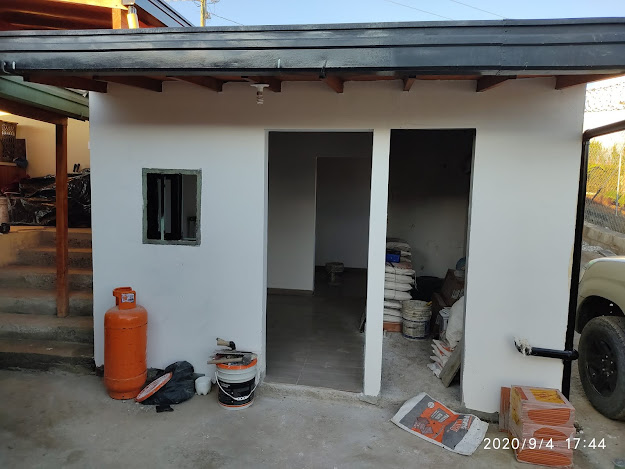 The Electrician has been back and finished cabling, he just has to return to connect up the shower, and lights once the tiling is finished.

Likewise the Carpenter has been back and measured up for the doors, and to replace the front door on the main house, both entrance doors will now be timber, and stable doors, or as most on the internet are described, Dutch doors, the idea being we can open the tops to allow in air and light, whilst at the same time being able to keep the dogs in, or out, as required.

The quadrangle tiling is nearly finished, albeit this photo is from the early stages 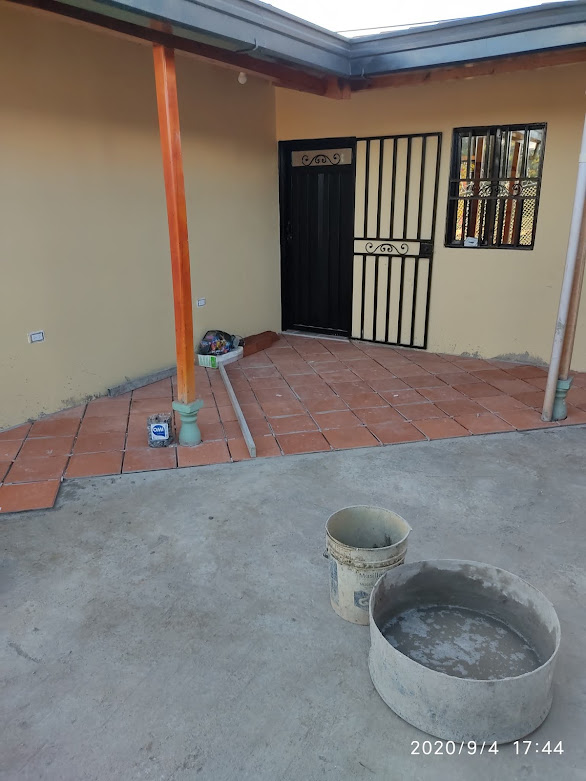 Those of you who have been following the Blog, or my Facebook page will know that in March, I installed a water filter system, the filters stated to be changed every six months, so as we are almost there, and the water looked as if it was getting a slight tinge of brown in it again, I decided to go ahead and change them, and it's a good thing I did. 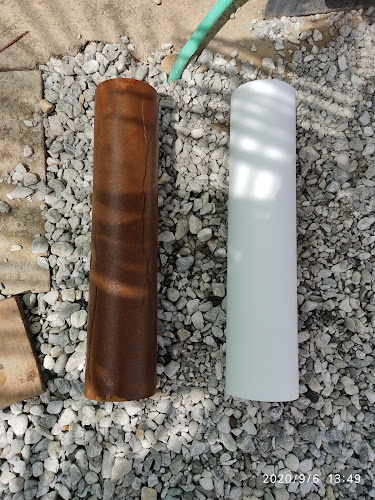 As you can imagine, the filter on the right is the new one, the one on the left had 1/8" of mud covering it, I had to scrub out all the filter housings, before installing the new filters, which will now be changed at three months. For the Water Company to say this is drinkable water, is laughable if it wasn't so serious.
I think that about brings us up to date, so I will get out and do some work in the Orchard, before I get shouted at!
By Phil Sale at September 09, 2020