Last week, two of Jaime's Crew returned to put a new floor in the guest bedroom, it was thought all the floors would be the same as in the lounge, so instead of just retiling, they dug out the floor, in doing so, found that it did have reinforcement in the concrete, and we could have just retiled. 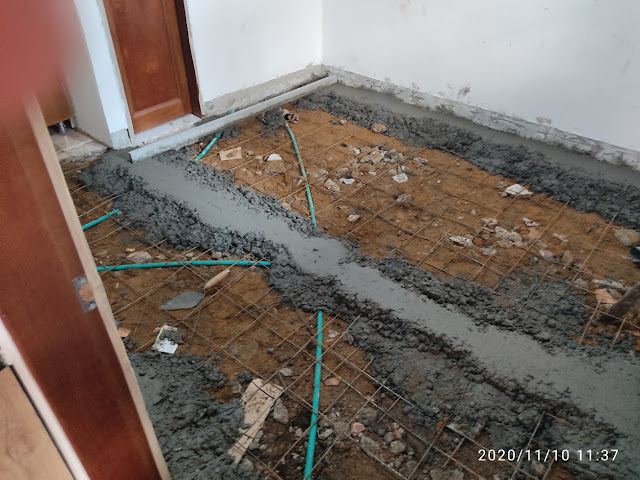 However at least now we will not have to worry if the floor is going to collapse, from start to finish it was four days, and that included  re staining the wooden ceiling and painting the walls. 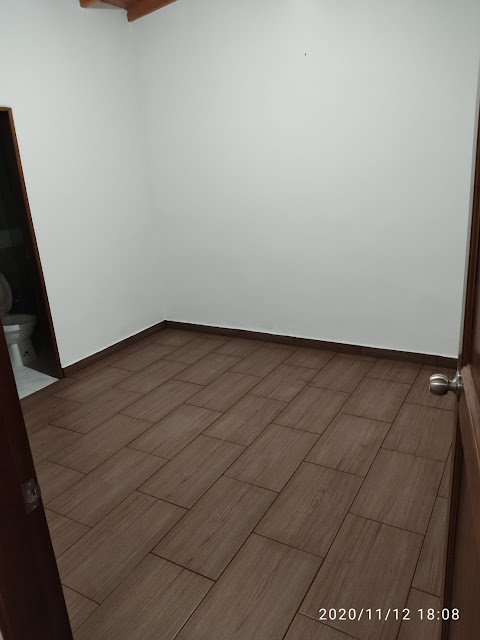 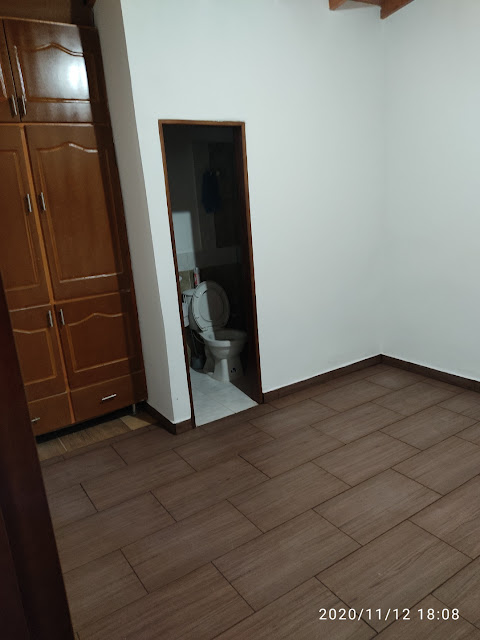 Marcela was so impressed, that she wants our bedroom done in the same ceramic tile, we are not having that work done until next year, it will be a bigger job, because our floor is sinking, like the lounge floor did, and it will have to be compacted, once ripped out, but to ensure we have the tiles, I have ordered them, and we are picking them up tomorrow. Something else to store in my workshop!

We had a problem with damp in the wardrobes, there was no evidence of water coming through the walls, but everything in there felt damp, and there was the start of grey mould under all the shelves. I decided that this was because there was no air ventilation, I started out by drilling holes and fitting grilles so that all areas of the wardrobe were interconnected, and then I drilled a 4" hole through the wall from the outside and installing an aircon vent. 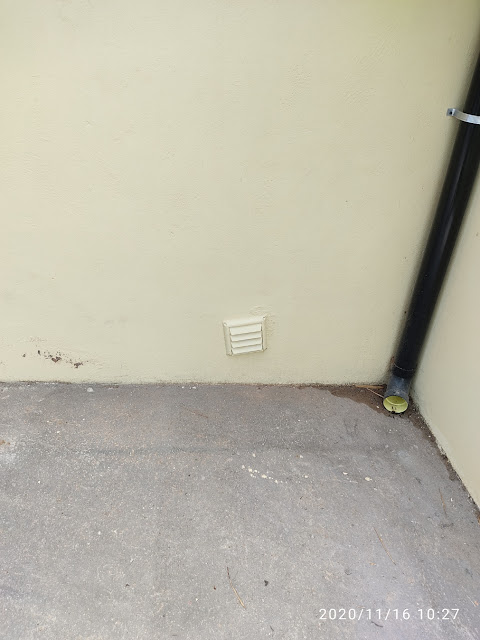 I installed this, and then bought vent covers for the inside, into which I siliconed mosquito net to stop the bugs getting in, then siliconed to the wall. Now we have permanent ventilation, and it seems to be working, next week, I have to do the same in my wardrobe in our bedroom.

We are keeping our fingers crossed at the moment, the land adjoining us, has been sold, fortunately only the access is near to our house, but we found out recently that the buyer intends to build a one storey small house alongside our fenceline to the orchard, and rent it out to an elderly couple, who seem to think they can dictate to anyone they like. The boundary was to be one meter from our fence, which legally is not allowed, but although we have deeds to ours, none of the houses here have planning permission, so we have to be careful what is said.

They asked us to move our septic tank, as the only piece of land that is flat enough for them to build is bordering the tank, I told them outright, no I wouldn't move it, it had only recently been installed, and couldn't be moved further down the land, due to reaching it with the suction hose for emptying.

We then compromised, and said the venting tube could be moved further away, but only Jaime could do the work, and the owner had to pay for the work to be done, both Jaime and I thought he wouldn't go for this, Jaime submitted a quote, and bugger me, he accepted, so Jaime is here today with Oscar doing the work. Also they have now moved the boundary of the house 2.2m from our fence, we think that might have something to do with me saying I was looking at starting a project keeping pigs on that land! The only thing that may cause a problem now, is that the potential Renters, have two dogs, and since there is only a three strand barbed wire fence along the boundary, if the dogs come onto our land we will be having words, due to their attitude, I am not giving them an inch.

Now it's time to look to Christmas, because Marcela's Mum and Sister have said they will not come, if her Father is here, because he has not been strictly observing the Virus precautions, therefore he has been told he can't come this year, however there is still the possibility they wont be able to stay, because there are rumours we are going to be locked down again from mid December, which will go down like a lead balloon if it's true. However we are still preparing as if it is going ahead, and the Christmas lights are up, and Marcela is putting up the inside decorations, and the tree today.