There have been highs and lows this month, and I guess that is just the way life is.

I have been badgering a person who I thought was a friend, to come and install our Security Camera system, Omar was the Agent we bought the house through, and when Jaime was here he said that Omar also installed Cameras, he was really enthusiastic at first, he told me to buy a system from Amazon, and then he would come to see what was needed. It took a while for Amazon to send the system, which didn't help, but when it arrived I contacted Omar who came, told me he would order new cables as those supplied were for indoors, and then I heard nothing.

After a while I contacted him again, but he didn't reply, eventually he said he was coming, failed to turn up, and then didn't reply to any messages, so last week, Marcela and I went to a Security Shop in town, he came and looked the job over, and is coming on Wednesday to install the system....hopefully!

The dog kennel has been a success, Pepe took to it far quicker than I anticipated 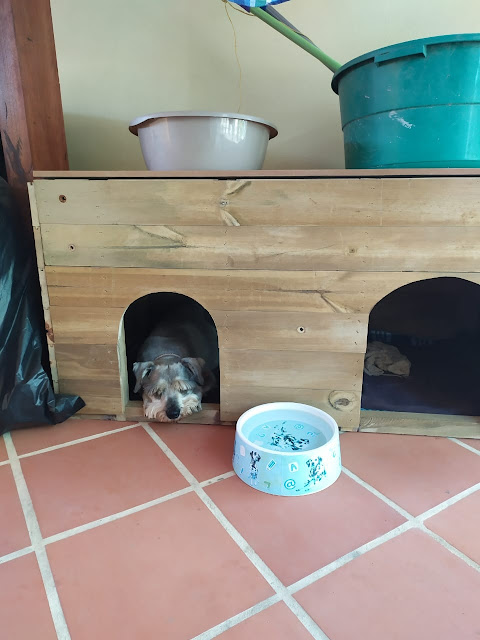 He is now happy to use it when we go out, which leaves the house and apartment totally secure.

Talking of dogs, I was not happy to see that my mini pine trees outside the fence were disappearing one by one, from the evidence it appeared local dogs annoying ours were ru8nning up and down the fence line, snapping or pulling out the pines, this left me with little option but to replace them. I decided to go different, and bigger, yes more costly, but I am happier with the end result. 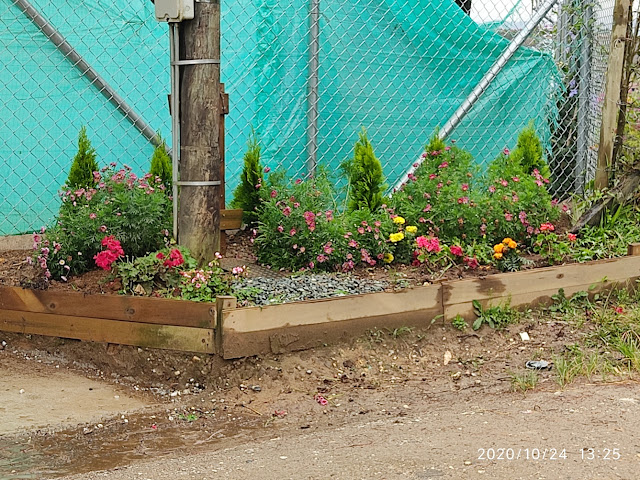 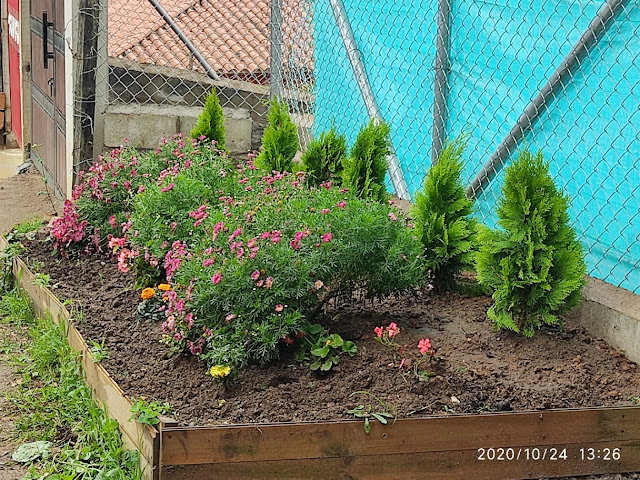 Now we wait to see how long these take to grow. The surviving little pines, we had nowhere to put, so I donated them to our neighbour.

I also decided it was time to extend the planting up the parking area, we had a dozen of the climbing plants left over from those we planted along the security fencing, they had been bought as fill ins, if any died, but so far they have all survived, so I scraped back the gravel, cut the filter, and planted them. 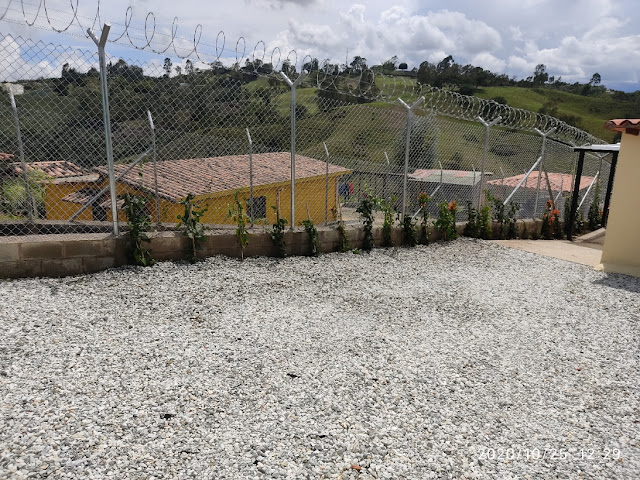 originally I had thought I would put the little pines here, but decided the roots would damage the apartment, and they would grow big enough to block access for the car.

We needed to put something along the fence, as the plot of land which is accessed between me and our neighbours, has now been sold, and we think they are going to build on it, what, we have no idea at the moment, but we want privacy, we are just hoping they will respect the neighbourhood, which is family orientated and not noisy.
The other day, Marcela went outside, and saw someone dropping off property identity plaques, this now makes us official, we didn't think we would be allotted a number until our property was no longer 'proindiviso' (shared deeds), but it appears they have changed that ruling. 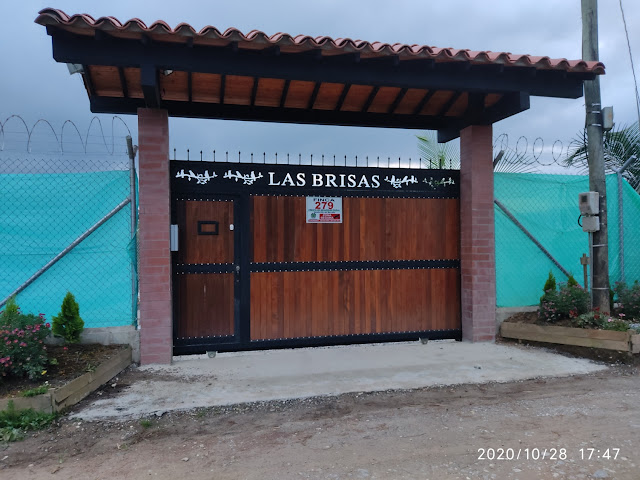 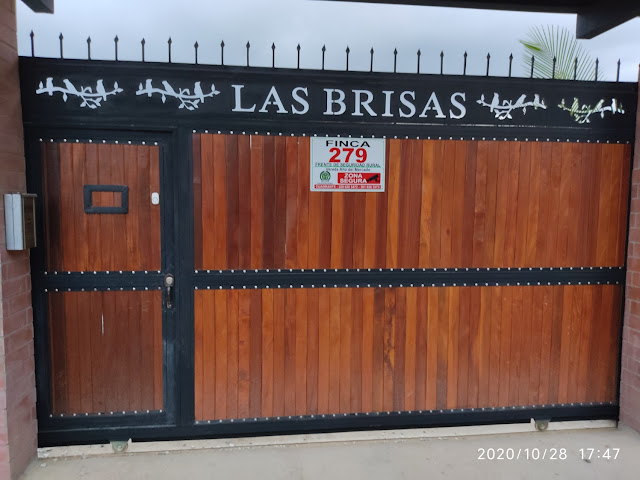 Now if there is a problem, we, or anyone else can phone the Police and just quote the number, there is no need to give directions, they will know where to come.

Oh well that just about brings us up to date, and now it is time for me to get the Smoker out and cook our Sunday lunch!
By Phil Sale at November 01, 2020