I haven't been back down the Abyss to finish clearing the undergrowth, my knees couldn't take it, so I have been working closer to the house.

I have a lot of building materials left over from Jaime's work, more than I would like, when I look at the value, but it can be used in the future, however it needed to be protected from the climate, so I had to make another Store, I decided that it would be a wooden frame, with a temporary cover, using a tarpaulin I had lying around doing nothing.

I wanted to try out a new method of construction with the timber, well, new to me that is, so having dug the holes for the supporting posts, I set to work. 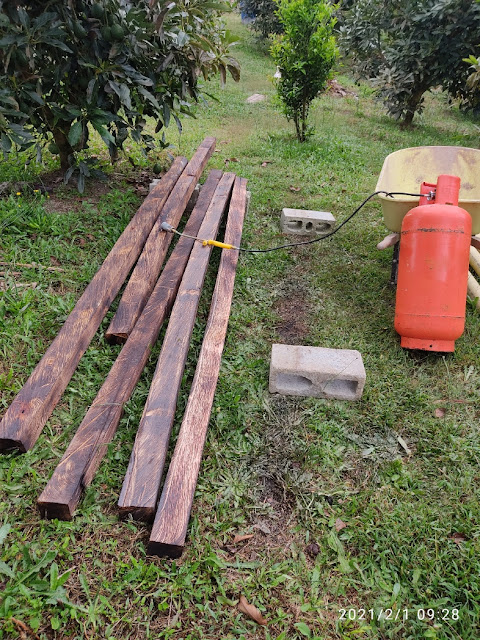 It involved burning every piece of timber, using a gas torch, this apparently seals the timber, both from the elements, and from insects, it took a while to do, but it looks OK. 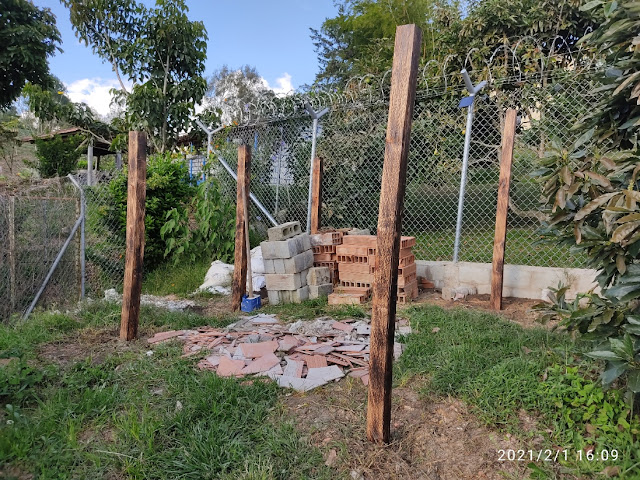 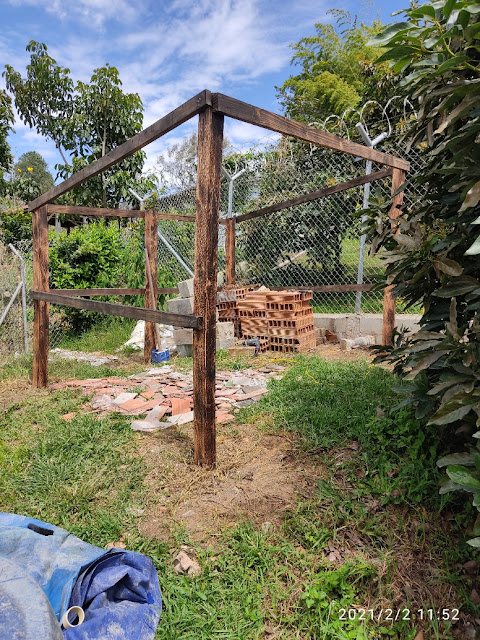 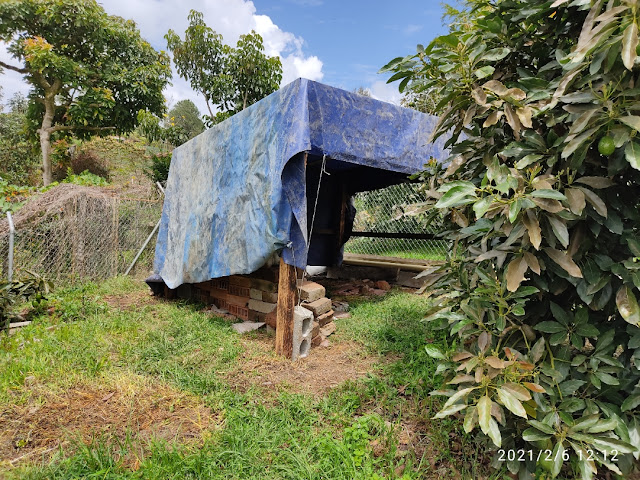 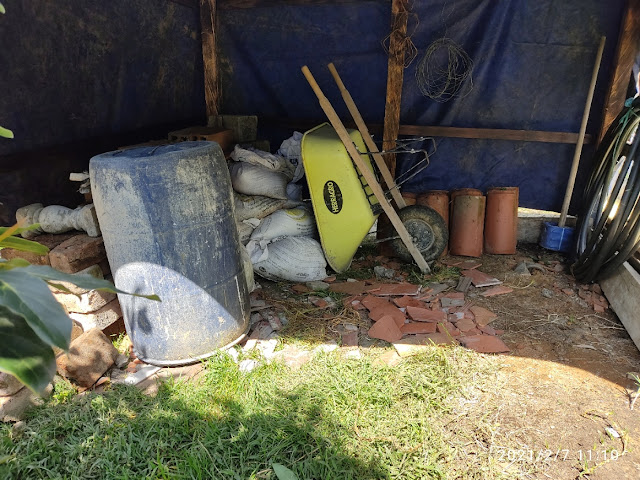 I finally finished moving all the materials into the store this morning.

The rest of my time has been taken up with Medical appointments, I went to see an Orthopaedic Surgeon last week regarding my knees, he confirmed that I have no cartilage, just bone on bone, so he is referring me to a a Specialist in knees, apparently a false knee is not the only option, and this man operated on my Surgeon's Aunt who is 70, the day after surgery she was climbing stairs.

My appointment has come through for 8th April, so I am feeling more hopeful than I have in a while.

The same day, I also saw another Dermatologist regarding my skin cancer, that didn't go so well, she admitted that it wasn't her field, and then tried to persuade me to book some rather expensive processes, which for now, I am not doing. Marcela is making one final effort to get an appointment with my former Specialist, I still don't know why they have been ignoring us, we will see, but at the moment, I have nothing that is actually bothering me, knees are the priority.

This week, I am going to have to do some house moving, as Jaime is returning a week tomorrow, to dig up and put a new concrete floor in our bedroom, and possibly bathroom, also strip the tiles off part of the roof and re felt between the tiles and wood, to stop rain coming in, which it only does if travelling horizontal! however I don't want the wood rotting.